The average person’s daily diet will need to change drastically during the next three decades to make sure everyone is fed without depleting the planet, a panel of experts has concluded.

Global consumption of foods such as red meat and sugar will have to decrease by about half to make sure the Earth will be able to feed a growing population of 10 billion people by 2050, according to the EAT-Lancet Commission on healthy diets from sustainable food systems.

At the same time, people will need to double the amount of plant-based foods they eat, including nuts, fruits, vegetables and legumes, experts said.

Agriculture must to be redirected to focus on these new food goals, which will put less stress on the environment, researchers said. An effort also will be needed to protect land and ocean resources, and cut food waste globally.

While the recommended dietary changes might be wrenching for some, they come with a tremendous benefit in terms of human health, said co-lead commissioner Dr. Walter Willett, a professor of epidemiology and nutrition at the Harvard T.H. Chan School of Public Health.

“About 11 million premature deaths per year could be avoided if everyone adopted this healthy diet,” Willett said. “That’s because this reduces unhealthy parts of the diet but substantially increases health-promoting parts of the diet.”

The globally sustainable diet recommended by the commission said that people get most of their daily protein from either plants (dry beans, lentils, soy-based foods and nuts) or dairy products.

Cut back on meat, eggs and fish

Even eggs and fish would be drastically cut back, with only an ounce of fish per day or an egg and a half per week allowed under the guidelines.

This might seem onerous, but Willett argued that people in the United States and elsewhere are already adopting diets somewhat similar to this.

“This diet would definitely include the traditional Mediterranean diet, and we have seen there is a lot of interest and a lot of people who are shifting to that way of eating,” Willett said.

“We’ve also seen in the U.S. that red meat consumption has come down 40 percent since it peaked in 1970, which is a big change. We need to go further, but we have lots of evidence that people can make changes,” he noted.

The red meat limits would allow a “fairly hefty hamburger” every week, or a big steak once a month, Willett said.

For three years, 37 experts from 16 countries have been working on the report released Wednesday. They include people with expertise in health, nutrition, environmental sustainability, food systems, economics and politics.

Commission members calculated the Earth’s available resources, and then set out to create a daily diet backed by directed agricultural production that would keep everyone fed in a sustainable way.

Increased food production has contributed to improved life expectancy and reductions in hunger worldwide, but these benefits are being offset by global shifts toward unhealthy diets high in excess calories from sugar and meat, the researchers said.

There would need to be hardly any increase in the production of whole grains, poultry and dairy products, but drastic increases in production of plant-based foods, nuts and fish, Fanzo said.

Emphasis would need to be placed on protecting agricultural land and fisheries, while also tackling the problem of wasted food, Fanzo added.

“We know up to 30 percent of the food produced in the world is lost or wasted, which is incredible considering being that we still have over 800 million people go to bed hungry every night,” Fanzo said.

The recommended diet poses challenges to just about every region of the world, the commission admitted.

All countries are eating more starchy vegetables (potatoes and cassava) than recommended, with intakes ranging from between 1.5 times above the recommendation in South Asia and 7.5 times above in sub-Saharan Africa.

Whitney Linsenmeyer, a spokeswoman for the Academy of Nutrition and Dietetics, noted that the diet recommended by the commission is “mostly consistent” with the current dietary guidelines recommended by the U.S. Department of Agriculture.

“The dietary pattern proposed by the EAT-Lancet Commission and the Dietary Guidelines for Americans is certainly possible, but may require more nutrition education and meal planning guidance,” said Linsenmeyer, an instructor of nutrition at Saint Louis University in Missouri. “For example, while many cultures around the world rely heavily on beans and legumes, others may not be as accustomed to buying and preparing them as part of their regular diet.”

Linsenmeyer recommended a few options for people interested in shifting their diet toward the commission’s recommendations:

The new report was published Jan. 16 in The Lancet journal.

EAT has more about the EAT-Lancet Commission.

(HealthDay News) — Training too hard or too fast is the culprit behind many exercise-related... more» 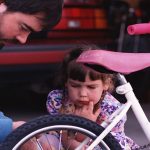 The world’s population is shifting, with a new analysis predicting it will peak in 2064 at... more»