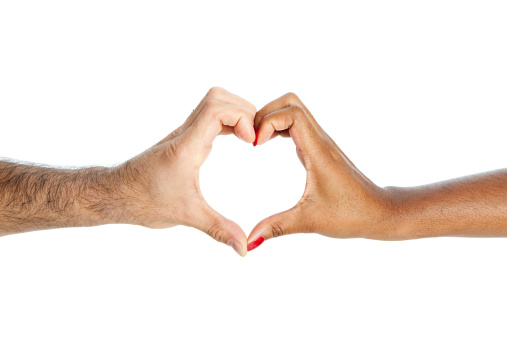 When most people first see me, they immediately think “This dude’s dated a black woman.” OK, so that may not be entirely (or even remotely) true, but it’s as good an introduction as you’re gonna get. So yes, I’ve dated a black woman. Once. I honestly and truly don’t think it’s a big deal. To me it was a bigger deal that I bagged a gal who was way out of my league (yes, it’s true, there are some women too hot even for me). But I have friends who like to make a big deal about it. “Of course Patrick likes his coffee black.” “Hey Patrick, I see you buying the dark chocolate. Eh? Eh?” “I’m sure you’re going to want a chicken thigh, right?*” It’s cool, though, I know they’re just giving me a hard time. I have such wonderful friends that truly enrich my life (insert amount of sarcasm you feel fit).

But apparently it was also a big deal for the gal I was dating. Dating a white guy is actually a huge cultural taboo for black women. I found this article while we were dating, and it does a great job of explaining the stigma. It suffices to say it’s a much bigger deal than it is for a black man to date a white woman. I mean my friends made jokes, I’d notice some people who’d stare longer than they should have (I still maintain that a lot of that was ‘cause she was that hot), but all in all I can’t imagine what it’s like to have your entire culture frown upon what you do.

That being said, her parents liked me (her Dad was more upset that she thought he’d have an issue with my whiteness), and her friends loved me (it helps to be able to make people laugh). It rubbed me the wrong way when she did stuff like not invite me to hang out with her friends to watch a football game, but I understood that she was dealing with some stuff, and so I was lenient. We moved on.

Which is why I was blindsided when she broke up with me. We had just watched the New York City Marathon (her apartment was on the route), and I was about to go out and grab some Subway (sadly, she was fanatical about Subway. I’m a Boar’s Head guy all the way). But she just sat quietly on her couch and pulled the “We need to talk.” Her reasoning was that she didn’t see the relationship having a future. She loved Houston (the last place I want to be is one of the hottest and most humid cities. Sorry, I sweat like a mo-fo), barely understood the music I like (admittedly Death Metal is hard to understand sometimes), and the only books she read were erotic fiction (which is kinda hot, but the writing there is terrible).

I was so stunned that I didn’t initially respond. Some time later we met up, and I had my response ready. I agreed that we differ in a lot of ways. And I have no idea what the future holds. But as far as I remember, we had a really good relationship. I don’t ever remember having a major fight (sure, we had our little spats). I know that we enjoyed each other’s company (I honestly didn’t mind having a night in on her couch while we watched The Real Housewives of Whatever-trashville). And most of all, we seemed happy together. Funny thing is, she agreed with me. So what in the great locks of Sammy Hagar are we doing?!? Why did we break up?!? That’s when it came out. The real reason was that she just couldn’t overcome the fact that I was a white man and she was a black woman and she felt bad about that, which is why she didn’t tell me. It broke my heart to hear that. I told her that I am the absolute best person to have to deal with that. I am patient. I will bend over backwards for her (to a fault). I won’t take situations to heart (e.g. the football incident).

She agreed to give it some thought. After she left, I realized what was truly going on. For example, there was the time that she told me she almost slapped a client at work, because the client was directly quoting a Huckleberry Finn line that had THAT word in it. The client who was a sweet (white) middle-aged English teacher, and who was, I reiterate directly quoting the book. It’s a little uncouth, but I don’t think it warranted a slap (then again, I’m not black so my view is limited, but her dad agreed with me on this). Another example was when we were having dinner at a Mexican joint. She was having the mole enchiladas, and commented on how tasty it was, but how it’s weird that it’s so brown. I mentioned off-hand that it was probably because of the chocolate in the sauce. She freaks out over this. Doesn’t believe me. Calls the waiter over to confirm. The confirmation ruins her enjoyment of the dish. The dish she literally minutes before praised. What was truly going on was that she was just closed-minded. She was (and probably still is) ignorant. And, to put it bluntly, she was being borderline racist.

Look, I understand that even in 2014, race is still a touchy issue. But if you’re given an opportunity to improve yourself, I honestly and truly cannot see why you wouldn’t. Hell, that’s why I’m on a first name basis with my plastic surgeon AND my HGH supplier! But if you can improve yourself by being with someone who makes you happy, that’s win-win!

So when she followed up and told me that she just wouldn’t be able to get over it, it wasn’t a surprise. But thankfully, she cared a lot about me and wanted to be my friend. So I told her, awesome, but I don’t really want to be her friend. Because my friends may make jokes about the women I date (or lately, about the women I’m not dating), they may be the reason I end up at their apartment singing karaoke at 6:30 in the morning (“completely sober” of course), but they’d never turn down a good thing because what small minds say about it. Because if they did, then I wouldn’t want to be their friend. And that was that.

Gyms Are Fertile Ground for Germs

Going to the gym is supposed to improve your health, but it can also be a hotbed of cold and flu... more»

A White Guy’s Experience With Gentrification 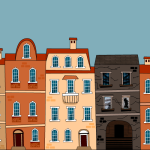 Cat’s out of the Bag: The Surefire Way to Meet Someone 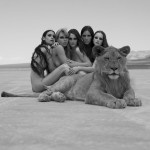