The REM phase of sleep is when you dream, and it’s been linked to emotion regulation, memory consolidation and creative problem-solving, the researchers said.

“There is — even in the medical community — the notion that if you sleep with a partner, you might subjectively think that you slept well or better, but objectively, your sleep is more disturbed,” said the study’s lead author, Dr. Henning Drews, a resident and post-doctoral scholar at the Center for Integrative Psychiatry in Kiel, Germany.

But, he noted that the current study found that “if you want to share a bed with your partner, there is nothing to be said against it. It might even be very good for you.”

For the study, 12 young, healthy couples between 18 and 29 years old volunteered to spend four nights in a sleep lab. They had been sleeping together most nights for at least three months.

Using polysomnography, the researchers simultaneously measured what went on during sleep in each partner. Polysomnography provides comprehensive measurements during sleep, including brain waves, breathing, movements, muscle tension and heart activity.

Based on their answers to a relationship questionnaire, the couples appeared to have very strong bonds.

When they slept together, both partners spent more time in REM sleep than when they slept apart — and their REM sleep was less disrupted. Interestingly, they also moved their limbs more often when sharing a bed, but this didn’t seem to disrupt REM sleep.

The researchers also found that sleep patterns appeared to synchronize when couples slept together. How closely they did so appeared to be linked to the strength of a couple’s relationship.

There are likely at least two reasons why couples sleep better together, Drews said.

“REM sleep is a state during which the physiological capacity of the body to maintain its temperature is reduced. Therefore, the presence of a partner might help to stabilize one’s own body temperature,” he said.

Another reason is psychological comfort. Relaxing and safe environments promote REM sleep, so sleeping with another person might help to create a feeling of safety.

“This study highlights the role of social support on sleep quality,” she said. “It finds that sleeping with one’s spouse, especially those in deeper quality relationships, [results in] better quality sleep.”

Drews theorizes that older couples in happy relationships would derive a benefit from sleeping in the same bed. But couples whose relationships aren’t good — particularly ones in which one partner feels threatened by another — likely wouldn’t see the sleep benefit. The researchers hope to do a larger, more diverse study in the future.

And what about single folks? Are they doomed to poorer sleep?

Drews said the couples’ benefit was in better and longer REM sleep, so a whole night’s shuteye isn’t affected. Singles (and anyone else) who wants to improve REM sleep should follow good sleep hygiene by “creating a sleep-promoting environment,” he said. That means no stressful activities before sleeping, no noisy bedrooms and no bright lights.

Lauren Broch, a psychologist at Northwell Health Sleep Disorders Center in Great Neck, N.Y., pointed to both strengths and weaknesses in the study.

“The strengths include a well-controlled lab-setting with good control of the variables that often disrupt sleep,” Broch said. “However, the small sample size, young age and limited number of nights make it difficult to generalize such findings” to other groups of people.

Still, she noted the findings raise important questions about how social support and relationship quality might impact sleep, mental health and general well-being.

The findings were published June 25 in Frontiers in Psychiatry.

Learn more about healthy sleep habits from the American Academy of Sleep Medicine.

(HealthDay News) — A tragedy can happen in any swimming pool without proper supervision, says... more» 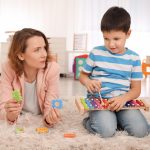 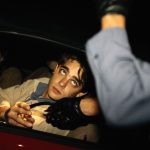