More American women under age 65 have been diagnosed sooner and treated earlier for ovarian cancer since the Affordable Care Act went into effect in 2010, new research shows.

And, more women received treatment within 30 days of diagnosis, improving their survival odds, the researchers said.

A similar number of seniors with ovarian cancer was used as a control group, because those women had access to Medicare and were much less likely to be uninsured before or after introduction of the Affordable Care Act, also known as Obamacare.

Compared with the control group, there was a 1.7% gain in early-stage diagnosis and a 1.6% improvement in treatment within 30 days of diagnosis among younger women since 2010, the findings showed.

The greatest gains were among women who got public insurance after the Affordable Care Act was introduced. These women had a 2.5% gain in early-stage diagnosis and timely treatment compared with the control group.

The improvements were seen regardless of race, income or level of education.

While a 1.7% improvement in early diagnosis may seem insignificant, it is anything but, according to lead author Dr. Anna Jo Smith. It means that of the 22,000 women in the United States diagnosed with ovarian cancer each year, nearly 400 more could be identified at an early, treatable stage when survival odds are better.

Smith is a resident in the Johns Hopkins department of gynecology and obstetrics in Baltimore.

The study was scheduled to be presented Sunday at the annual meeting of the American Society of Clinical Oncology (ASCO), in Chicago. Research presented at meetings is typically considered preliminary until published in a peer-reviewed journal.

“Having health insurance plays a major role in whether or not a woman has access to care providers who can monitor symptoms and act on those symptoms if necessary,” she added.

There is no screening test for early-stage ovarian cancer, but symptoms can be present for years. The earlier women report symptoms, the sooner a diagnosis can be made, according to ASCO.

Common symptoms include bloating, pelvic or abdominal pain, trouble eating or feeling full quickly, urgent and/or frequent need to urinate, fatigue, upset stomach or heartburn, pain during sex, and constipation or menstrual changes, according to the National Ovarian Cancer Coalition.

The American Cancer Society has more on ovarian cancer.

Viagra can salvage a man’s sex life, but in rare cases it may temporarily steal his... more»

White House Petitions That Should Exist 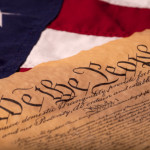 Ban Sarah McLachlan from talking to me about pets that need to be adopted. more» 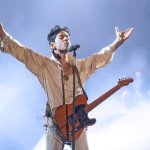