There are a lot of things about dating that I don’t understand. This comes as no surprise to everyone, and is probably the reason I’m single. Has nothing to do with my penchant to openly weep when the moment feels right (like anytime I see a homeless person). One of the bigger things that I don’t understand are the rules around who you can and cannot date.

Specifically, I’m referring to the “off-limits” status of friends and co-workers. For the life of me, I cannot grasp how these two types of people in your life should be completely and unilaterally barred from the potential dating pool. Granted, I know the reasons.

Especially with co-workers. Your livelihood in part depends on your ability to get along with the people at your job. You have to be careful to treat that person as you would any other co-worker, and hold all PDA/relationship-y stuff for closing time. No one likes the couple that works together, saying “Can you email me that spreadsheet snook’ums?” Work sucks enough without having to deal with that.

With friends, it’s a similar situation. Certainly it’s something that happens more often, but it’s a situation that’s generally frowned upon nonetheless. Because of the ties you both have with the rest of the group, the relationship plays out for the entire friend circle. The risk of splitting into warring friend factions that ultimately come to a head in a bloody civil war that can only end with bodies strewn over the place and a single friend kneeling on the ground shouting “WHAT HAVE I DONE?” (I should probably stop watching Game of Thrones).

Basically the cons of both co-worker and friend dating can be summed up as “If shit doesn’t work out, it’s gonna be real bad.” And therein lies my rejection of the off-limits rule. If you go with that mentality, you’ll end up living in your apartment with a bunch of cats and an unhealthy obsession with soap operas (“They have all the relationship I’ll ever need!”). Point is, when you’re dating anyone shit’s gonna get bad, regardless. And then it’ll get better. And that’s life.

Yes, the “bad” may be worse when you’re speaking in terms of a dating co-worker or a friend, but is it worth missing out on the potential value (i.e. finding someone you can share your life with)? I find it weird that we don’t include these two groups as prospective significant others. We spend all this time with our friends and co-workers. Which means that we tend to get to know those people pretty well (albeit friends more so than co-workers). So you generally get a pretty decent idea if a person is someone you can spend extended amounts of time with or not. And that’s really what dating is. It’s sharing your life with someone. Be it a couple of hours, a couple of years, or all of your life.

I guess what I’m getting at is that I think that if you share a connection with someone, you should see where that leads. Or if you’re worried that it won’t work out and you won’t be able to handle the awkwardness without quitting your job/getting new friends, then certainly be up-front about that and don’t put yourself in a position where the relationship is doomed from the start because you’re uncomfortable with it. But on the flip-side, don’t be afraid to make yourself a little uncomfortable if you like someone.

Do I have all this figured out? Have I dated (or attempted to date) friends and co-workers, and things didn’t work out, and everything was super good fun times? Hell no. It’s been weird, it’s been difficult, it’s been hiding feelings and all the fun stuff that goes with being around someone with whom things didn’t work out. But at least I tried. At least I didn’t let the fear of failure take over. I mea, hell, I’ve been dating my co-worker* since April and that’s worked out swimmingly. Except when he openly weeps at homeless people.

*In case the weeping call-back is missed, I’m self-employed. 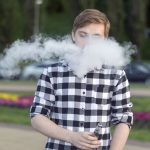 The number of cases of severe lung disease linked to vaping has now doubled, with more than 450... more»

Why Is American Food So Unhealthy? 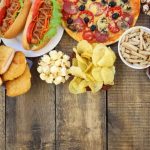 Sometimes, Aspirin May Be Enough to Ease Migraines

A cheap, century-old drug in most Americans’ medicine cabinets — aspirin — may... more»