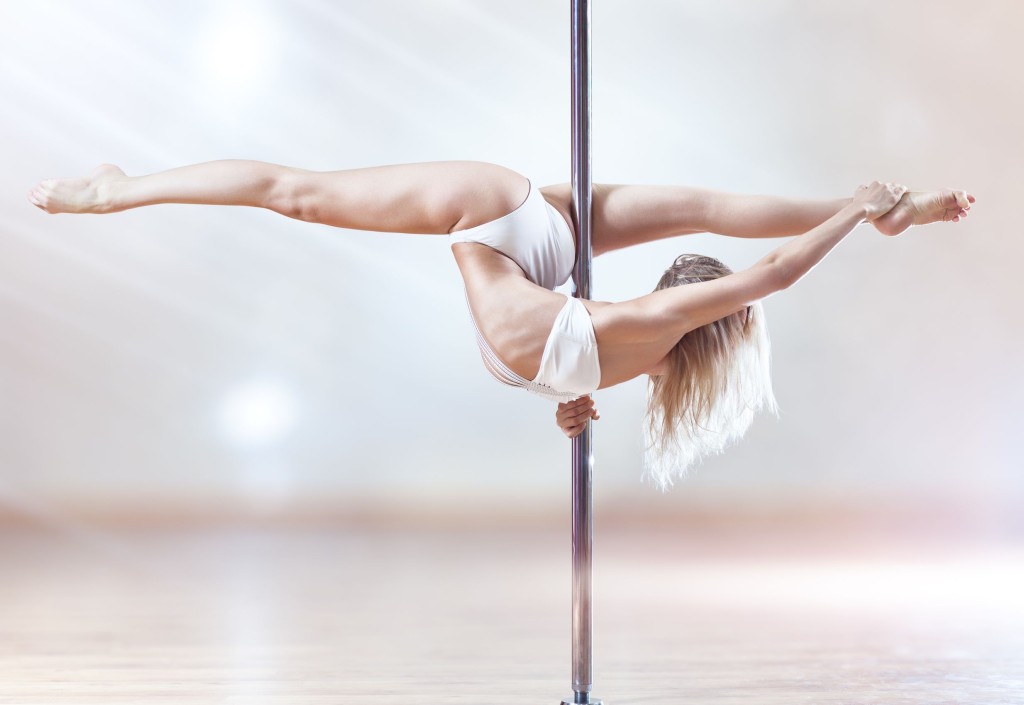 Angela is one of the best competitive pole-dancers in the United States. I was surprised to find this out, since her Pole-Power instructional studio is located behind the strip mall in Ocean City, Maryland, where the office of a newspaper I used to work for is housed. The studio is in a spot that was made famous a few summers ago when a bunch of Russian students were found squatting there.

Also, because I didn’t know you could compete in pole dancing. I have minimal experience with it. I have only been to a strip club one time and wasn’t too impressed by the pole climbing. I actually got distracted and started texting, but was yelled at by a bouncer because he thought I was taking photos of the women.

I’m at Angela’s studio because I reached out and said I wanted to write about the pole dancing as exercise fad, one of the many that have been popping up in suburban America in recent years that is modeled to attract both young single women and moms. (Angela gravitated toward it when she was looking to get back into shape after birthing two children—and it worked. She is muscular in a hot way, like a female Ryan Reynolds, maybe.) She invited me in to observe a class. This is a strange honor, kind of, because men are usually not even allowed through the doors

I’m sitting on a bar stool in the corner of the hardwood-floored room with mirrored walls and poles placed sporadically throughout. The class of 10 women are following Angela’s lead. They’re doing calisthenics or something. It looks kind of like Jazzercise. The music is loud, and the women are all yelling stuff and seem to be enjoying the workout and the company of one another. This is how the hour-long classes start.

Despite my business casual dress—I’m wearing a tie, slacks, and oxfords—Angela and the other ladies invite me to work out with them. My half-hearted protests that I’m more of a voyeur than anything else are met wth more encouragement to join them.

So I start getting my sweat going.

Once the floor movement segment of the class is over, it’s time to TAKE TO THE SILVER POLES.

I am very impressed by the women who are climbing—seemingly with ease—12 feet upward to the roof, which they slap emphatically. The entire group of ladies applaud wildly when a colleague named Nina reaches the ceiling for the first time. It is only her second-ever class. Angela tosses a fat Sharpie up to her so she can sign her name, as all the women who reach the top do.

Once the women have put their pole reps in, the attention turns uncomfortably to me. They begin urging me to give it a shot. I’ve always wanted to be a Gonzo journalist, and it would be a shame to miss an opportunity to try and climb a stripper pole. I’m not sure why, but it would be a shame.

I drop my notebook and trot toward a pole. I jump at it and wrap my arms and legs around it.

Then I slowly drift to the floor. I’m sitting Indian-style and still hugging the pole.

“My hands get really sweaty, so I don’t know if I can do this,” I say.

Angela gives me a talcum powder and stick’um combination that is supposed to help me grip the pole. I stare at my hands and flex them a little bit, try to urge them with their mind that they better get me up that damn pole.

Ten minutes and 10 tries later, I have proven unsuccessful in climbing the pole. It is kind of embarrassing to be around all of these women who have bested me in a physical trial, but it’s no big deal. Women best me in all kinds of things every single day.

If you’re laughing at me right now, try and get into a pole dancing class someday. Then try to climb the pole. It’s more difficult than you think. I guarantee it.

If nothing else, I have a whole new level of respect for strippers. 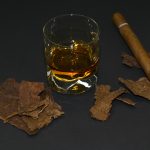 It’s smoking tobacco and drinking alcohol — and not taking illegal drugs — that... more» 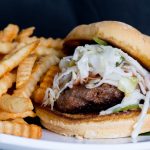 How to change your relationship with food more»