Even if a six-year-old has stellar parents who’ve locked down the Internet in their home with parental controls that would make the security specialists at Fort Knox do a double-take, that same child probably has a friend whose parents aren’t as vigilant. With just a quick search, young kids can discover and view sexual niches and extreme subgenres I wasn’t even aware of until adulthood. (Yes, I was a late bloomer.)

It’s not that I begrudge anyone his or her sexual preferences or individual kinks. Heck, some I might even celebrate (but I won’t divulge any of that here), as long as the men and women partaking in whatever form of carnal extremis that floats their boats do so with willing and consensual partner(s).

Being aware of this fact doesn’t do much to stop the onslaught. Porn will always be with us. And that’s all right, I suppose. I just wish it were a fraction harder to get hold off, in order to slow down the ease with which people consume it. In an odd kind of way, that actually makes me a bit nostalgic for the age of the seedy video shop. Getting into your car, filling out a rental form, browsing the aisles, and then driving back home for a wank is a hell of lot more work than simply plopping down on your couch and clicking on a mouse.

Make a Plan for Gardening Next Spring With Your Kids 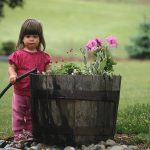 Are you still having a hard time getting your kids to eat their fruits and vegetables? Studies,... more» 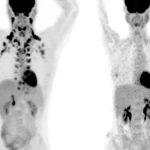 The U.S. Food and Drug Administration on Friday gave expanded approval to a prescription form of... more»