Relaxing in a hot sauna may not only feel good — it might affect your heart and blood vessels in ways that are similar to moderate exercise.

That’s the finding of a new study that tested the effects of a 30-minute sauna session. The researchers say their results may help explain why people who regularly use saunas tend to have a decreased risk for heart disease and even dementia.

On average, the study found, sauna users saw a drop in blood pressure and artery “stiffness” immediately after their heat bath. They also showed an increase in heart rate that was similar to the effect from moderate exercise.

It’s not fully clear why, but the sauna heat is “one major factor,” said researcher Tanjaniina Laukkanen, of the University of Eastern Finland, in Kuopio.

For one, heat generates sweating: “That’s like a natural diuretic effect — lowering blood pressure and decreasing the work load of the heart,” Laukkanen explained.

On top of that, the researcher added, saunas simply help people relax.

The study, which involved 102 middle-aged adults, was conducted in Finland — where “sauna bathing” originated and remains ubiquitous.

In a study last year, Laukkanen’s team found that men who often used saunas had lower rates of heart disease and Alzheimer’s disease than did those who used saunas less often.

But that did not prove the sauna sessions deserved the credit.

Both heart disease and dementia share some common risk factors, such as high blood pressure. “Both the heart and the brain need good blood vessel function,” Laukkanen said.

So the goal in the current study was to see whether a sauna session had positive effects on blood vessel and heart function.

The researchers recruited 102 people in their 40s and 50s who did not have heart disease but did have risk factors for it, such as high blood pressure, high cholesterol or obesity.

Each participant had a single sauna session in the traditional Finnish style — dry heat that topped 160 degrees Fahrenheit.

On average, the study found, sauna users’ blood pressure dropped by seven points and their arteries became more “elastic” (based on non-invasive tests).

In addition, their heart rate rose from an average of 65 beats per minute before the sauna session to 81 beats afterward.

The findings make sense to Dr. Joshua Liberman, a cardiologist and governor of the American College of Cardiology’s Wisconsin chapter.

He pointed to the example of applying heat to a sore joint. “We know that the application of heat, locally, causes blood vessels to relax and blood flow to increase,” he explained.

It’s plausible, Liberman said, that the short-term effects seen in this study could explain the lower heart disease risks among sauna users.

“It makes sense that, over time, these physiological effects would be beneficial,” he said.

So should everyone try to get to a sauna every day? No, according to Liberman.

For one thing, it might not be the heat alone that matters. “This may partly reflect the fact that people are getting away from their phones and allowing themselves to relax and get into a more meditative state,” Liberman said.

Plus, a regular trip to the sauna might not be practical, he noted. Laukkanen also acknowledged that sauna sessions are a part of life in Finland, but not so much in other countries.

And based on earlier research, Laukkanen said, people would have to use a sauna three to seven times a week to see lower disease risks.

Instead, Liberman said, the study adds to a “long line” of research showing that lifestyle choices are critical to heart health.

“When you take care of your body, when you do things that help you relax, it’s going to be beneficial,” Liberman explained.

For some people, he noted, that means going to the gym. For others, it involves a walk outside or sitting in meditation.

For people who do want to try visiting a sauna, there are some precautions.

To be safe, Liberman said, people who have existing heart disease, or other major health conditions, should talk to their doctor first.

For instance, people on medication to lower their blood pressure may need to be cautious, he said. That’s because the extra blood pressure drop from a sauna might cause dizziness or fainting.

Laukkanen made the same point. “Sauna bathing should be a relaxing and enjoyable experience, and bathers should always listen to their body and take care of hydration.”

The findings were published in the January issue of the European Journal of Preventive Cardiology and online in the Journal of Human Hypertension.

The U.S. Centers for Disease Control and Prevention has more on lifestyle and heart health.

Smart Phone Apps That Will Help Make You Smarter 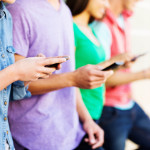 Twin Peaks Is Returning, and Everyone Is in It 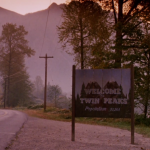 Population: Every actor ever. more»

Samsung Galaxy S6: Five Reasons You Should Move to Android 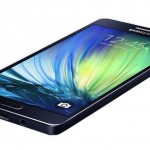