People often like to complain that life is getting harder. We’ve got more to accomplish, more distractions, and less time to complete the tasks we feel that we have to get done. Well, my friends, while that might be true for some of you, when we compare our lives to our ancestors in the past — I mean the hunter-gatherer types dwelling in caves, or even those dudes sailing around the planet during the Age of Discovery — things aren’t nearly as bad as all of the doomsayers would have us believe. Here are six ways the modern man (women too, even though this publication is geared toward the bros) has got it made:

The George Foreman Lean Mean Fat-Reducing Grilling Machine, the jet engine grill, electric and coal grills, compacts grills, smokers, BBQ roasters, toasters… need I say more? Used to be you’d have to rub two sticks together, light some moss on fire, hope it didn’t rain, and then cook your chunk of flesh over an open flame. That’s no longer the case. Even non-meat eaters can appreciate the flavor and zest of some smoke-filled, grilled veggies.

Meat on demand sounds rather inappropriate when taken out of context. Throw all of your dirty thoughts aside for a moment, and think about how easy it is for you to get a bit of ground beef, or some grilled chicken. Just pull up to a fastfood window and you’re set. Even if you buy your cuts at the supermarket, and cook them up at home, that’s a huge improvement over tracking and hunting an animal over the course of a day (or days), killing it (if you’re a good shot), butchering it, and then hauling the carcass back to camp.

It used to be that a respectable man had to promise marriage (or actually get married) in order to get a chance at a little nookie — or else pile on a mound of romantic BS that could dwarf Mount Everest. While these days the dating game is still full of plenty of verbal rubbish, the availability of willing partners and birth control, plus the widespread social acceptance of casual sex with someone you’re not married to makes it a lot easier for the randy people of the world to go about their business without being shunned from greater society.

If you’re lucky enough to live in a modern, developed nation, the chances of your neighbors mounting a war party and raiding your house or town are pretty slim. Back in the day, that was a fairly-regular occurrence. Sure, the cops can still burst into your home and bust you for growing or cooking inappropriate things in your basement, but they usually don’t take your wife as a reward for their efforts, or chop your head off, shrink it and then wear it around their necks as a trophy. If they do, you should really write to your city council and mayor about putting a stop to that.

This one is a little trickier. With all of the debt going around, and the stress that debt puts on low-and-middle-income families, it might feel like indentured servitude never went away. Even though being underwater on a big mortgage is a terrible burden, it’s not the same as indentured servitude, which was basically a contract of voluntary (or coerced) slavery for a set number of years, or a lifetime. Sometimes I wonder if the banking classes are mulling over bringing indentured servitude back. I certainly hope not. The same goes for debtors’ prisons.

If you’re like me, you don’t like going to the doctor, and you put it off for as long as you possibly can. Even so, visits to your local M.D. have improved considerably over the years. Back in the day, your doctor might have prescribed bleeding, a lobotomy, toxic mercury treatments, heroin (for a simple cough) or a touch of arsenic to cure whatever happened to be ailing you.

While a modern doctor might tell you to exercise a little more or cut down on red meat and booze (no one wants to hear that), chances are he or she won’t follow that up with a treatment of leeches sucking blood out of your groin. If that does happen, you might want to think about switching to a different medical practitioner.

See? You’ve got it made, man. Start acting like it.

A Beloved Pet’s Death Can Trigger Deep Grief. Finding Support Can Be Tough 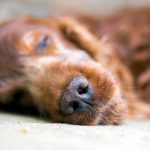 Twelve Tips for Dating a Writer 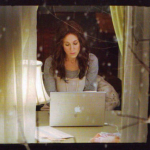