Tobacco caused 7.1 million deaths worldwide in 2016, and poor diet was associated with 1 in 5 deaths, according to a new report.

The Global Burden of Disease study also found that 1.1 billion people had mental health and substance use disorders in 2016, and that major depression was among the top 10 causes of poor health in all but four countries.

Non-communicable diseases caused 72 percent of all deaths worldwide. Heart disease was the leading cause of premature death in most regions, accounting for 9.5 million deaths, an increase of 19 percent since 2006.

Diabetes caused 1.43 million deaths worldwide in 2016, a 31 percent increase since 2006. The study also said deaths from firearms, war and terrorism have increased.

But overall, the report found, death rates have declined in all age groups. The largest decline has been among children under the age of 5, falling to fewer than 5 million in 2016 for the first time, and down from 16.4 million in 1970.

The report was published Sept. 14 in The Lancet and is based on data from 195 countries and territories. It was coordinated by the Institute for Health Metrics and Evaluation (IHME) at the University of Washington in Seattle.

“Our findings indicate people are living longer and, over the past decade, we identified substantial progress in driving down death rates from some of the world’s most pernicious diseases and conditions, such as under age-5 mortality and malaria,” said Dr. Christopher Murray, IHME director.

“Yet, despite this progress, we are facing a triad of trouble holding back many nations and communities — obesity, conflict and mental illness, including substance use disorders,” he said in a journal news release.

In 2016, the report noted, the average life expectancy was 75.3 years for women and 69.8 years for men. Japan had the highest life expectancy (83.9 years), and the Central African Republic had the lowest (50.2 years). 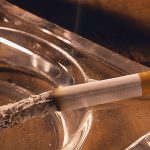 Even quitting in your 60s can add years to your life, researchers find more»

Making the most of your device more»

Basketball Season Is Starting And Everyone Hates Kobe 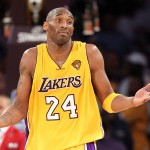 Not his problem, though. more»