These are not movie moments where they show a beautiful key lime pie or a comely looking steak. (Yes, steaks can look comely.)Those moments are jive. Often times the food isn’t even edible and has been painted on with nail polish or sprayed with hair spray to make it look good, making the food the equivalent of a contestant in the Miss World Beauty Pageant…only much smarter.

No, I’m talking more about a moment in a movie where an actor is eating something and that acting is so good that you want to run up, jump through the screen, snatch the food away and devour it. Watching people eat on screen is beautiful, unlike in real life where it’s often foul and disgusting.  There’s something about watching trained, professional actors do something so mundane as eat that is both oddly appealing and comforting. Screw the ability to capture a Northern Ireland accent or crying on cue – let’s see a performer tackle a scene where he or she is eating a big bowl of vanilla pudding. Now that’s acting.

So without further adieu, here are the winners:

*Paul Sorvino eating a sausage sandwich in “Goodfellas”: The man doesn’t say a word. He just sits there, gnawing on an Italian sausage stuffed in an Italian bread roll, staring off into space. No one knows what he’s thinking. Well, I know. He’s thinking, “This #%* sandwich is so %^$ good that it makes me wanna **&%$ off a $#&@.”

* Meryl Streep eating anything she can get her hands on in “Defending Your Life”: Every scene in this movie where Ms. Streep eats is gold. Look at her work in the linguini scene. Priceless. She should have won another Oscar for this. It’s way better than her work in “Sophie’s Choice”.

*John Ashton sitting on a sad-looking motel bed eating potato wedges and drinking a can of beer in “Midnight Run”: It’s a tribute to his acting that he can make crappy food look so appetizing. Mr. Ashton also wins the award for “Best Talking With His Mouth Full In An Entire Scene”.

*Bill Murray shoving a slice of pink cake in his mouth in ‘Groundhog’s Day”: He just has this great look on his face that says, “Yeah, I just shoved an entire slice of cake in my mouth, what of it? I’m Bill Murray.”

* Ally Sheedy eating a cereal and sugar sandwich in “The Breakfast Club”: A cute, gothy girl defiantly munching on a ridiculous sandwich? What’s not to love?

* Denzel Washington eating an orange in “Malcom X”: He makes the orange seems so juicy and the whole time he’s eating it he’s pointing a gun to his own head and pulling the trigger. He wins for “Greatest Bad Ass Moment in Cinema That Involves Fruit.”

* Steve Martin and Bernadette Peters eating “cup o’ pizza” in “The Jerk”: After all these years why hasn’t anyone invented a real cup o’ pizza? The two of them make it look so damn good!

*Honorable mention: Kramer on “Seinfeld”: If you ever catch the show on TV (good luck, it’s only on 9,000 times a day) watch Michael Richards whenever he eats. Whatever he is eating always seems like the best thing he has ever had. Obviously there are the big moments (“The Mackinaw peach, Jerry, the Mackinaw peach!”), but even the smaller moments, like when he’s at Monks sipping a strawberry milkshake, he makes it looks delicious. Kramer eating is a level of brilliance on par with “Breaking Bad.”

By The Numbers: Are You Worth Dating? 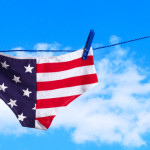 We salute your pride for your country, but come on bro, you need at least two more pairs. more»

Even the sickest COVID-19 patients make T-cells to fight the infection, a new study finds. This... more»

One Of The Best Men’s Clothing Stores On The Planet

Alain Figaret should be your go-to. more»