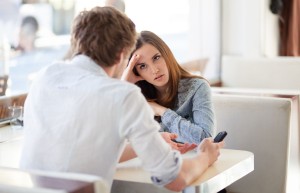 My friend Becca was complaining to me recently about a guy who randomly approached her at a bar and struck up conversation. It was initially odd for me to hear this, because Becca is a) very pretty and b) underwent elective breast implant surgery a few years ago. Both these things indicate that Becca should not be surprised when men approach her at bars. (And the latter indicates that she shouldn’t be particularly annoyed by it. I mean, you pay for a new rack you should probably expect looks and attention. That’s the entire point of getting them, right?)

“That’s not why you don’t ever do it. You don’t do it because you’re afraid to talk to girls in person. And it’s not that I don’t like it,” she said. “It was just the way he did it. It was stupid.”

She explained that the guy had just said a bunch of negative things to her, in rapid succession, acting like he had been doing nothing out of the norm re: how you interact with people you would like to kiss on the face. She said it was like he was “insulting her in a kind way.”

“OH MY GOD YOU WERE GETTING NEGGED!” I said, holding my hand out for a high five. “That’s hilarious. I didn’t know dudes actually did that in real life!”

“Negging” is when you deliver a low-grade insult—disguised as a compliment—to a woman with the intention of undermining her self-confidence so that she may become more vulnerable to your advances.

According to this article from a website called Seduction Science, by negging women, “you’ve indicated to her that you’re not interested in her over anyone else in the group. This is a new thing for her. She’ll feel the bitter sting of being just like everyone else. Her looks no longer give her all the power—because you’re not responding to her looks.”

I knew that dudes did this kind of thing, that it had, at some point, become a rather popular way to kick off an earnest (albeit sleazy) attempt to get into a woman’s knickers. I had done the reading. Years ago, I read almost half of Neil Strauss’s book The Game before I had to put it down due mostly to boredom. The premise of the book is that Strauss was a loser who could never get laid, and in his vaguely journalistic exploration of the pickup artist culture, he became what he was researching. Kind of like a very low-grade Hunter S. Thompson / Hell’s Angels dynamic.

According to Strauss, the negging approach worked well for him and the dudes he associated with, but I was unable to wrap my head around this being a successful way to acquire the positive company of a woman.

So I decided to try it out myself. I’m all about Gonzo journalism.

I conducted a three-week experiment where some friends and I wrote a bunch of negs. They would pick out unsuspecting women in bars for me to use them on, to see what would happen. (I also used some negs you’ll find in the aforementioned Seduction Science article.)

As you will see, a number of things happened over a broad range of the reaction spectrum.

Neg: “You have nice eyes. You should wear glasses. Because they would make you look smarter.”

Reaction: “Are you serious?” she asked. “I have glasses, but I think they make me look like a dork.” She then continued to engage in conversation. I immediately lost my composure and blew it, because I was expecting a much more combative reaction to essentially saying a person looked unintelligent.

Neg: “That’s a very nice dress you’re wearing. I think I saw it on an episode of What Not to Wear, but whatever. Tim Gunn doesn’t know anything.”

Reaction: “You watch What Not to Wear?” she asked, before turning back to her friends and saying loudly that the guy who just tried to hit on her used a pickup line that involved Tim Gunn. I skulked away, wondering if I had just delivered the most effeminate neg of all time.

Neg: “You know, your body language is all closed off. It makes you look like one of those newborns I saw on the discovery channel when they came out of the womb—all curled up.”

Reaction: “Are you f**king serious? Did you just try to neg me? Get away from me, you f**king idiot!”

Neg: “Your cheeks look flushed, like someone who has been crying uncontrollably. Is everything OK?”

Reaction: She acted as though she did not hear or see anybody anywhere near her, grabbed her cell phone from her purse, and began typing frantically with an expression of serious concentration on her face.

Neg: “I saw you on OKCupid. Are you so cool that you respond very selectively in real life, too?”

Reaction: A look of shock quickly turned to a look of indignation and thinly veiled anger before the response, “I don’t even have OKCupid.” I asked if she was sure, and then she grabbed her drink and walked away.

Neg: “I saw you on Tinder earlier, I think. Do you touch up your photos yourself, or what?”

Reaction: She threw a drink. Right in my face. And then stormed away. (I do mean stormed—I don’t use that as a movement verb very lightly.) Also, her friend called me a see-you-next-Tuesday. Both the drink to the face and the subsequent verbal insult were firsts and hopefully lasts for me.

Neg: “Nice ponytail, drunky. It’s pretty. And it’ll be easy to hold your hair back when you’re vomiting later.”

Reaction: “I’M NOT DRUNK!” she said, and then commenced a jovial, drunken dialogue that lasted a few minutes.

Reaction: “You don’t even know me.” I ask if she would like to change that. She politely declined and returned to conversation with her betches.

Neg: “Can I buy you a drink, or do you have to leave soon to relieve your babysitter?”

Reaction: “Sure! I’m yours all night. I’ve just recently murdered all of my children.”*

Neg: “You look exactly like the Wendy’s Girl! The one from the fry carton, not the commercials.”

Reaction: “F**k off,” she said, and returned to conversation with her friends.

Neg: “Hello, may I please show you my Horcrux? I hope you get that. You look like somebody who is very into Harry Potter.”

Reaction: She immediately turned away upon mention of a Horcrux and engaged in a hushed conversation with the two friends standing next to her. She pretended not to hear subsequent mentions of Harry Potter and various Horcruxes (Horcruxi?).

On most of the negging occasions, I was able to speak with the woman later on for long enough to explain that I wasn’t really the kind of person who would neg a woman in a serious manner. Some of them were understanding and receptive. Others were very incensed that we would choose to use them in such a social experiment. One told me that in writing about negging her, I had better not use her name—which was odd, because I did not know her name.

I was surprised to find that not every girl refused to engage a stranger after he said something mean and negative about her. But this is not an endorsement of negging. It might work, sure, but not on the kind of girl you’re going to want to spend a significant amount of time with—and maybe not even one night with.

If you see a woman you’re attracted to and want to approach her, do so in a kind and respectful way. If she’s not receptive to that then, well, she can just go ahead and buy her own damn drink.

*This is the greatest response I received. I would marry this girl on the merit of her quick wit alone. I am slightly worried re: what this says about me.

How to Keep Food Poisoning at Bay 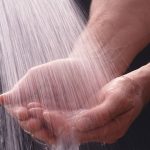 Following the recipe for food safety is a must anytime you’re in the kitchen, and it starts... more»

Vision Is Vulnerable With Age: Here’s What to Look For 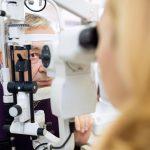