Transgender women on gender-confirming hormone therapy have increased odds of breast cancer, but the overall risk is low and not as high as it is for the general female population, a new study finds.

Trans women are those who were declared male at birth but identify as female.

Previous research has shown that hormone replacement therapy (HRT) increases breast cancer risk in postmenopausal women, but it was unclear whether the same was true for trans women receiving hormone treatment.

The new study looked at 2,260 trans women and 1,229 trans men who received gender-affirming hormone therapy at a clinic in the Netherlands between 1972 and 2016.

Among the trans women, 15 cases of invasive breast cancer were diagnosed at an average age of 50. On average, those patients had received hormone treatment for 18 years.

That rate was higher than that in the overall male population but lower than the general female population, according to the study published May 14 in the BMJ.

Among the trans men, four cases of invasive breast cancer were identified. The patients’ average age was 47, and they had 15 years of hormone treatment, on average. That rate was lower than in the general female population.

The results show that the overall risk of breast cancer in transgender people is low, so current screening guidelines are sufficient for those on hormone therapy, according to the study authors.

The researchers were led by Martin den Heijer, of the department of internal medicine/endocrinology at University Medical Center in Amsterdam.

The researchers pointed out that breast cancer risk among trans women rose after a relatively short period of hormone treatment. “It would be worthwhile for future studies to investigate in more detail the cause of breast cancer in transgender people receiving hormone treatment,” the authors concluded in a journal news release.

Because this was an observational study, it cannot prove cause and effect. In addition, the researchers noted some limitations of the study, including missing or incomplete data about type of hormone use, family history, genetic mutations, tobacco and alcohol use, and body mass index.

The University of California, San Francisco Transgender Care has more on hormone therapy.

Ten percent of COVID-19 patients with diabetes die within a week of entering the hospital and... more» 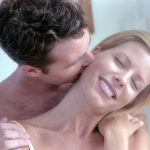