Watching violent movies before bed might drag some dark images into your dreams, giving you nightmares, a new study suggests.

The study found that those who viewed violent media before bed were 13 times more likely to have violent dreams that night compared to people who didn’t watch violence before bed.

The findings, reported in the journal Dreaming, might not sound surprising to anyone who’s sat through a late-night horror flick.

But when it comes to media violence, research has focused on how it might affect our waking lives — not our dreams, Bushman said.

At the same time, he acknowledged that the findings don’t prove violent TV shows, movies or video games cause bad dreams. People whose dreams tend toward violence may be drawn to those same things in media, Bushman said.

Or, he added, “some third factor” might explain the connection.

Still, Bushman said the findings reinforce the general advice to limit kids’ exposure to media violence — before bed or otherwise. And for adults disturbed by bad dreams, he added, it wouldn’t be a bad idea to consider the images you’re seeing during waking hours

The study findings are based on survey responses from nearly 1,300 Turkish adults and children; almost half were children ages 10 and older.

Next, the researchers zeroed in on the short term: They asked people about the media content they had seen the night before, and the content of any dreams they’d had.

Overall, 80 percent of the study participants said they had violent dreams at least sometimes. It turned out that people who habitually watched violent media tended to have violent dreams more often.

There was a link between sexually charged media and dreams, too — though it was not as strong a connection as the one between violent images and bad dreams. People who’d seen sexual content before bed were six times more likely to have sexual dreams.

Bushman acknowledged that since the study participants were Turkish, the findings might be different in other cultures where violent and sexual media are less taboo.

But even if onscreen violence encourages violent dreams, does that matter?

It could, according to Dr. Gene Beresin, a psychiatrist and executive director of the Clay Center for Young Healthy Minds at Massachusetts General Hospital in Boston.

“Dreams capture social, emotional and cognitive themes that affect us, and do have an impact on our daily lives,” said Beresin, who was not involved in the study. “Either consciously or unconsciously, they may affect our mood and our behavior.”

Often, he pointed out, the content of your dreams is no surprise: If you’re disturbed by something — whether it’s a scary movie or election results — your dreams may reflect that, Beresin said.

But that doesn’t mean everyone needs to avoid scary movies to rest easy at night, he said.

“It depends on the person,” Beresin said. If you tend to be disturbed by onscreen mayhem, avoid it, he advised.

“This is basic common sense,” he said. “There are folks who can take blood and gore, and others [who can’t].”

For example, Beresin said, survivors of physical or sexual assault may need to avoid media images that “tap into” their post-traumatic stress.

“One important thing is to ‘know thyself,’ ” he said.

The American Academy of Pediatrics has advice for parents on kids’ media use.

The Mind of a Killer 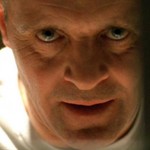 Please don't tell me you like fava beans. more»

Travel To The Island Of Black Lemurs 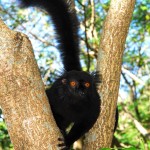 Madagascar is swarming with lemurs. more»