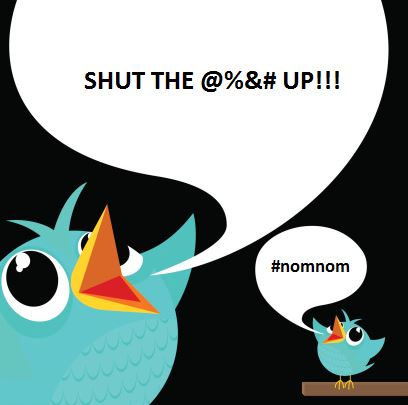 #nomnom needs to die. We have to kill it before its insidiousness spreads and it develops its own reality show. It needs to be a slow, drawn out, gruesome and painful death that is broadcast worldwide so people understand that using such phrases will not be tolerated. #nomnom needs to be destroyed because it is an evil worse than Lord Voldemort, Osama Bin Laden and Honey Boo Boo combined.

For those who don’t know (and if you don’t, consider yourself #blessed), #nomnom is Internet slang for “the sound of eating” and is often used to describe something wonderful-tasting. First of all, “nom nom” sounds nothing like the sound of eating. Neither human nor animal sounds like that. So basically it’s a made-up sound to describe something that no creature does. Secondly, the sound of eating has never been appealing – no one in their right mind likes to hear other people eat. So to equate “nom nom” with something that is supposed to be pleasurable is… what’s the word… oh yeah… STUPID.

Do you see the evilness at work here?

I have never heard anyone use “nom nom” in every day conversation. Toddlers just learning to speak don’t even say it. Why? Because it is an annoying, cloying, enormous bag of awful. It is the exact opposite of clever. If you actually heard someone use “nom nom” in a conversation to describe anything they had ever eaten you’d be embarrassed for them and would want to leave the conversation immediately, I guarantee it. So why are people using it on social media? Adding a hashtag to it does not improve matters. It just makes things worse.

#nomnom is not even that useful in the land of Twitter. Neither is #nomnomnom; just staring at that hashtag makes you lose I.Q. points. There is rarely anything new or interesting and definitely never anything funny on Twitter’s “nom nom” page, so basically it’s just a page for vomiting any random thoughts people might have on food. And if you already have a food related hashtag but you just HAVE TO add #nomnom to it, then there is a special place in hell reserved for you. (It is right next to Satan, who is about to rip out your jugular and eat it right in front of you, all the while live-tweeting #nomnom on his Samsung.)

There are plenty of other hashtags you can use to illustrate that the food you have eaten, are about to eat, are going to order, or that you have just created is delicious. (Hey! #delicious. That works!) Plenty of so–called ordinary words or phrases will get your point across just as well. You don’t need to be “cute” 24/7/365. Using “nom nom” on the regular is just encouraging other people to use it, thus keeping this evil beast of a phrase alive. We need to cut off the head of the beast and cauterize the wound so that #nomnom does not spawn and give birth to other atrocities.

So if we are all in agreement that #nomnom blows (and I know you agree with me because all of you are #smart, #talented, and #sexyashell), then why is it even a thing? Why are people continually using it? Fear, that’s why. People are afraid that if they don’t use #nomnom then they won’t have their posts recognized by as many people as they desire. People crave validation and when they don’t get it (immediately) they freak out. #nomnom feeds on that kind of fear. That is the kind of power it has. And that is why it must be destroyed in the most brutal and violent way possible.

If you need further proof that #nomnom is the anti-Christ and must be murdered for the good of all of society, please read below this nugget of information that I just discovered by scrolling through Twitter’s #nomnom page:

Every word in that preceding sentence with the exception of “to” and “their” is pure evil and that evil is being led by #nomnom and that is why it must be killed.

The fate of humanity is at stake. (#notjoking) 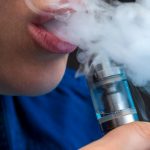 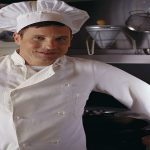 Move over button mushrooms. Exotic varieties are becoming more and more popular, and are available... more» 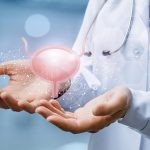