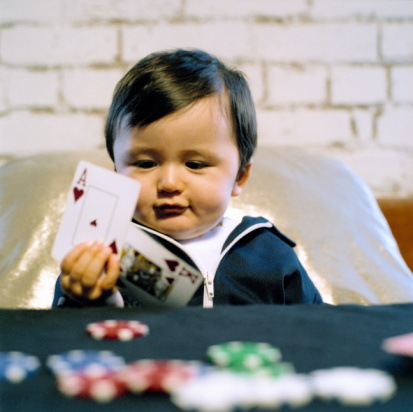 I almost say “no” when my grandfather calls to ask if I want to go to a casino in Pittsburgh with him on one of my last days home for a family visit, before I head back to New York.

He called once earlier, but I was passed out on the couch. It’s the evening before Saint Patrick’s Day, and I’ve done some celebrating the past couple days.

I almost say that I should work instead of heading to the casino, mostly because I don’t have an abundance of disposable income, but:

The next morning, I arrive at my Grandparents’ home in a suburb of Pittsburgh called Mars. My Grandma, who is very Irish, gives us arm-rubs for good luck and sends us on our way. On the way into Pittsburgh, my Grandpap asks me what game I want to play. I can hold my own in five-card poker and Texas Hold ‘Em, but am most comfortable playing Blackjack, especially when I’m using someone else’s money.

“You can play Blackjack all day and not lose too much money,” he says, “but you won’t win much either.”

Instead, we play Three Card Poker. It’s fun because you can bet on different outcomes per hand. There’s an ante, a pair plus bet and a six-card bonus bet, along with a $1 per-hand bet you can play to get in on a pot that rises with every hand played among the Three Card Poker tables. There are payouts based on a special hand you may get during the game. To score the entire jackpot, which has rolled over $9,000 a few moments after we’ve sat down, you have to be dealt a hand of an Ace, Queen and King, all of Spades.

“This is probably a terrible bet, but I still do it every time, because, well, I don’t know why,” Grandpap says as he places a $1 chip on the Jackpot space. I follow suit.

We play for about 90 minutes and both come out a little richer than we came in. We head to a restaurant to have lunch, and then make our way back to the tables to play for another 90 minutes before we head back to the ‘burbs.

About 15 minutes in, another woman comes and sits at the table. The next hand, Grandpap nudges me and says “look at this.” He has an Ace and King, both of Spades. I don’t think he has looked at his third card yet. When the dealer flips them, it’s a Queen. Of Spades. The jackpot for hitting this hand has escalated to about $9,050, and Grandpap makes over $1,000 on the payout for the hand itself.

If this woman would not have sat down next to us, the amazing hand my Grandpap has just been dealt would have gone to the dealer, and nobody would’ve gotten a damn thing.

At this point, everyone in the general vicinity of the table starts to lose his or her shit. I am essentially crip-walking around the table while calling my mom to let her know her dad is gettin’ paid. The lady who sat down next to us is super stoked because she’s won a $100 envy prize.* I order a round of Fireball shots for the table and end up taking three of them myself.

Through it all, my Grandpap is pretty stoic. He’s smiling and is clearly happy, but he’s not being obnoxious about his recent fortune.

Employees come past to ensure the validity of the game and to take Grandpap’s ID, social security number, etc. so that he can be paid, but more importantly so they can take a staggering amount of taxes out of his winnings. Eventually, we cash out our chips and are taken by a be-suited man to an area they call “The Cage,” where Grandpap is paid in cash. I go to another window and cash out our chips.

We are both handed gigantic wads of cash and, as an afterthought, a couple rubberbands to wrap around them.

“Oh, I don’t need mine, “ I say as I remove the “lucky” rubberband I keep perpetually on my right wrist. “I brought my own, just in case.”

We make a fast exit after grabbing the cash. My Grandpap gives me a sizeable chunk of it and tells me to pay some rent with it. If one other person had been sitting at the table, I would have won ALL THE MONEY.

Which I will do. But not before I buy an expensive bottle of scotch to celebrate.

*When somebody at your table hits the jackpot, you get an “envy” payout just for being there.

Got Chronic Heartburn? Easy Does It During the Thanksgiving Feast

Daily Aspirin Can Bring Heart Benefits, But Risks Too 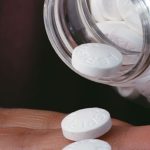 For people who have both type 2 diabetes and heart failure, new research offers a mixed message on... more»

The Problem With Visiting New Yorkers 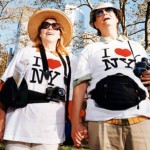