Depression can be tricky to detect in some people, and Black women may exhibit different symptoms, leading to missed care, researchers say.

Black women report sleep disturbances, self-criticism and irritability more often than the stereotypical low mood, according to a new study.

As a result, standard screening tools may underdiagnose depression in Black women, the study authors said.

In general, depression symptoms are low mood, loss of interest in activities, changes in appetite or sleep, and feelings of hopelessness or worthlessness. But more than 1,500 possible combinations of symptoms exist that meet criteria for a depressive disorder, according to the study.

Research on depression has primarily been conducted in white people, increasing the chances that it will be missed among racial and ethnic minority populations, the authors noted.

For this study, researchers analyzed data from 227 Black women who were screened for depression. In addition to a category called somatic symptoms that includes fatigue, insomnia and decreased libido, researchers found that Black women with depression were more likely to be self-critical, irritable and to have an inability to experience pleasure.

The results cannot be generalized to all Black women and there is a need for screening tools that account for these variations, researchers said.

“My hope is that these findings contribute to the growing dialogue of how depression can look different from person to person and raise awareness of the need for more research in historically understudied and minoritized populations, so that we can better identify symptoms and reduce missed care and health disparities,” Perez said in an NYU news release.

The research was supported by the U.S. National Institutes of Health. The findings were published in Nursing Research.

The U.S. Centers for Disease Control and Prevention has more on depression. 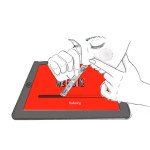 Pairing Your Netflix Selection With Your Takeout 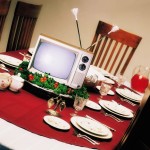