“Athlete’s heart” — an enlarged heart created by intense physical training — is a common and often brushed-off condition within elite and professional sports.

But a new study of National Football League players is raising concern about the long-term consequences of athlete’s heart when it comes to retirees who have long left the field.

These retirees are as likely to have an enlarged heart as those who’ve recently retired, according to a Tulane University study sponsored by the NFL Player Care Foundation.

This runs counter to previous assumptions that an elite player’s enlarged heart would return to normal after stopping the intense training associated with his sport, researchers said.

“I think we anticipated as these guys got older, they would actually change from having the enlarged heart back to a more normal-sized heart,” said study senior author Dr. Gregory Stewart, co-director of the Sports Medicine Program at Tulane University in New Orleans. “We didn’t see that.”

The researchers are to present their findings at the American College of Cardiology’s (ACC) annual meeting March 16-18, in New Orleans. Research presented at meetings is typically considered preliminary until published in a peer-reviewed journal.

Dr. Matthew Martinez, head of the ACC’s Sports and Exercise Cardiology Council, expects the findings to be “provocative.”

“You’re seeing bigger and bigger folks running faster and faster,” said Martinez, a cardiologist in Allentown, Pa. “They can do it, they’re bigger and stronger, but the message should be that being a professional athlete does not eliminate the risk factors associated with heart disease.”

The new study specifically looked at left ventricular hypertrophy (LVH), a condition in which the wall of the heart’s left ventricle grows abnormally thick.

LVH is not considered harmful when it occurs as a result of athletic training, since it usually goes away when the training stops. But the condition can increase risk of heart disease if it develops in middle-aged or older folks as a result of uncontrolled high blood pressure, researchers said.

Overall, about 12 percent of the players had LVH, a rate similar to the general public.

But surprisingly, researchers found that players retired for more than two decades were just as likely to have LVH as new retirees.

“We kind of expected to see fairly high prevalence among guys early on in their retirement, but that it would sort of drop off within 10 years or so after retirement. Then it may rise again with age, with long-term exposure to high blood pressure,” Smith said. “We found there was no significant difference in the prevalence of left ventricular hypertrophy from guys who were retired two to 16 years all the way out to 40 years or more.”

Blood pressure might play a role in this, she said.

It also could be that their hearts remain enlarged because they already had high blood pressure on the field and it remained after their retirement, Smith added.

Stewart said it’s too soon to say whether this amounts to a health problem for NFL players. Follow-up studies will be needed to track their heart health and assess the long-term structural changes of their hearts.

NFL players, as well as other elite athletes who undergo intensive training, might consider having echocardiograms and other heart health assessments performed at an earlier age than average folks, Stewart said.

“Because long-standing LVH can be problematic, the recommendation now is these guys follow up a little more often with either their primary care physician or their cardiologist,” Stewart said.

Sleep quality probably should be part of those health assessments, according to a separate study the researchers will present at the ACC meeting.

Smith and her colleagues found that former NFL players who reported symptoms of sleep apnea were more likely to have high blood pressure and LVH than those with few to no symptoms.

Steps also might need to be taken to better control their blood pressure throughout their lifetime, Martinez said.

“Prevention can’t be started soon enough, when it comes to heart disease,” he said.

Player position appears to affect the risk of an enlarged heart, the researchers found.

LVH was more likely in positions that emphasize strength training and large body size, such as lineman, fullback, running back, linebacker, quarterback and tight end. The enlarged heart chamber was seen less among players whose positions hinge on speed and skill, like cornerbacks, safeties, wide receivers, returners, kickers and punters.

The American College of Cardiology has more about athlete’s heart.

CBD Oil: All the Rage, But Is It Really Safe and Effective? 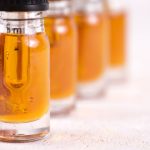 Cannabidiol (CBD) oil has become the hot new product in states that have legalized medical... more» 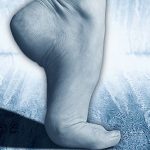 Guarding against injury means increasing both flexibility and strength. Target the muscles that... more»

The novel coronavirus appears to be seasonal in nature, with major outbreaks occurring mainly in... more»