Next time you’re ready to hit the sofa for an evening of TV, think twice — it just might kill you.

Though too much sitting has long been linked to health risks, a new study suggests all sitting isn’t the same — and sitting in front of the TV after dinner for long hours at a stretch is especially unhealthy.

In fact, those who did just that increased their risk for heart attack, stroke and early death by 50% compared to those who didn’t, researchers report.

“It’s the combination of dinner and sitting on the couch watching TV for hours afterward that we think can be very toxic,” said lead researcher Keith Diaz, an assistant professor of behavioral medicine at Columbia University Vagelos College of Physicians and Surgeons in New York City.

Sitting in front of the TV is different from sitting at work, he said.

“At work, we get up and move often — we go to a coworker’s desk, we go to the bathroom, to the copy machine, etcetera,” Diaz said. “But when we sit and watch TV, we tend not to move for hours at a time. That type of sitting is the most hazardous type of sitting.”

Hours spent in front of the TV after dinner increase blood sugar and cholesterol. And because muscles are inactive, they don’t help clear away the sugar and fat from blood vessels. Diaz suspects this is what make this type of sitting so lethal.

Although all participants in the study were black, Diaz said the findings probably apply to all groups.

He cautioned, though, that the study doesn’t prove that sitting for long, uninterrupted periods causes heart attacks or stroke or premature death, only that there’s a link.

“The last thing you should do after a big meal is sit down and watch TV for hours,” Diaz said. “Go out for a 10- to 20-minute walk and then sit down.”

The study followed nearly 3,600 Mississippians for almost nine years. Participants reported how much time they typically spent sitting while watching TV and doing work. They also reported on their exercise habits.

Those who watched TV four hours or more a day had a 50% higher risk for heart attack, stroke and early death, compared with those whose TV time was less than two hours a day, the study found.

Surprisingly, those who sat for long periods on the job had the same risk for heart disease and early death as those who sat the least, the researchers found.

But even the most devoted couch potatoes could reduce their risk by getting a little exercise, Diaz said.

For those who watched a lot of TV, exercising for at least 150 minutes a week removed the added health risk.

“These findings reinforce current recommendations to reduce time spent sitting and to engage in at least 150 minutes per week of moderate intensity aerobic activity spread throughout the week,” said Dr. Gregg Fonarow, a American Heart Association spokesman and professor of cardiology at the University of California, Los Angeles.

“Even light intensity physical activity can offset some of the risks of being sedentary,” Fonarow added. “These findings reinforce the advice to ‘move more and sit less.’ ”

The findings were published online June 26 in the Journal of the American Heart Association.

For more about sitting and heart disease, visit the American Heart Association. 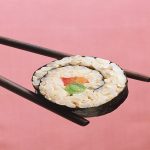 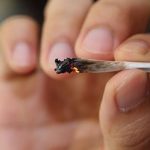 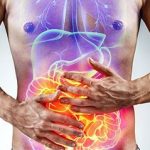