The finding comes from an analysis of several months’ worth of video recordings taken of nearly 3,600 Americans while they were driving. During that time, participating drivers were involved in 700 accidents.

All participants’ vehicles had been outfitted with a dash-cam video recorder. That allowed researchers to analyze each driver’s face in the minutes right before crashing. The researchers also had video of the road scene in front of the drivers.

Together, the footage suggested that the percentage of accidents involving sleepy drivers was about eight times higher than current federal estimates.

The finding was highlighted in a report released Thursday by the AAA Foundation for Traffic Safety. The foundation describes the investigation into drowsy driving as the most in-depth of its kind to date.

“Driver drowsiness is a notoriously difficult problem to quantify because it typically doesn’t leave behind evidence that a police officer can observe after the fact when investigating a crash — in contrast to alcohol, for example,” said Brian Tefft, a senior research associate with the foundation in Washington, D.C.

“Thus, we expected that our study would find that the problem was substantially bigger than the official statistics from the U.S. DOT [Department of Transportation] suggest,” he said. “But we were still surprised by just how many crashes we found to involve driver drowsiness in our study.”

The U.S. Centers for Disease Control and Prevention estimates that about one-third of American drivers aren’t getting the minimum seven hours of daily sleep that experts recommend.

A recent AAA survey found that nearly three in 10 drivers said that in the past month they’d been so exhausted while driving that they weren’t able to keep their eyes open at some point.

To identify driver fatigue during car crashes, the researchers examined video taken during the one-to-three minute period preceding each accident. They then tallied the amount of time each driver’s eyes were closed in that timeframe.

Drivers were deemed to have been “drowsy” if their eyes stayed closed for more than 12 percent of the time.

The study team concluded that current federal estimates — which link 1 to 2 percent of all car crashes to driver fatigue — woefully underestimate the dimension of the driving-while-tired problem.

“Our previous research has shown that a driver’s risk of crashing increases significantly when they don’t get at least seven hours of sleep, and climbs to levels similar to the crash risk of a drunk driver after missing more than two to three hours of sleep over a 24-hour period,” Tefft said.

The bottom line, he said, is to make getting enough sleep a priority.

Tefft also suggested that people try to drive only at times when they’re usually awake and avoid taking medications that make them sleepy. On long trips, he said, consider taking roadside naps or traveling with someone who can share the driving.

David Reich is public relations director for The National Road Safety Foundation in New York City. “Many in the traffic safety field have long suspected the incidence of drowsy driving is much higher than official reports indicate,” he said.

“We are pleased to see that automakers are beginning to include technology that can help avoid drowsy driving,” Reich added. These include “sensors that monitor eye movement, and lane-departure warnings that give an audio or other sensory warning — like a vibration in the steering wheel — to wake the driver,” he explained.

“Technology, coupled with more public education, can have a positive impact, Reich said.

“With drowsy driving, as with many traffic safety issues, there’s no silver bullet,” Martin said. However, he agreed that wider use of technology could help reduce fatigue-related crashes. He also urged greater efforts to raise public awareness about the problem.

“As traffic fatalities have risen over the past two years, we need to be looking at all dangerous driver behaviors and consider how we can eliminate them,” Martin said.

The National Sleep Foundation has tips on how to combat drowsy driving. 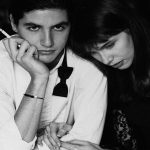 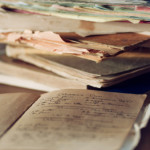 (HealthDay News) — Liver spots are flat, dark areas of pigment that appear on the skin... more»