Eleven Americans who were evacuated from a quarantined cruise ship in Japan have tested definitively for coronavirus, bringing the case count in this country to 26, U.S. health officials reported late Thursday.

In China, the number of new cases of COVID-19 continued to decline on Friday, but South Korean officials battled to contain the rapidly spreading virus in its country. The first case was reported on Tuesday in that country; by Friday, that number had climbed to 204, the AP reported.

The decline in Chinese cases has been due in part to Chinese health officials changing how they tally infections. Under the new system, there have now been a total of 75,465 cases and 2,236 deaths in mainland China.

Among the 400 Americans who were on board the Diamond Princess cruise ship, roughly 300 Americans were evacuated over the weekend and are under quarantine in the United States.

The 11 passengers whose tests came back positive for coronavirus were part of a group of 13 high-risk passengers who had been at Travis Air Force base in northern California since the cruise ship evacuation, the AP reported.

They have since been transported to the University of Nebraska Medical Center, which has a biocontainment unit and is specially designated to treat highly infectious diseases, CNN reported. The unit successfully treated three patients for Ebola in 2004.

“The hospital had said some of the patients had tested positive in Japan but some came with a lack of clarity [on] what their test results were,” Shelly Schwedhelm, UNMC/Nebraska Medical Executive Director of Emergency Management and Biopreparedness, told CNN.

“We currently have ten people in the National Quarantine Unit while three are in the Nebraska Biocontainment Unit,” the medical center said in a statement released Thursday night. “Most of our guests aren’t showing symptoms of the disease, however several others are exhibiting minor symptoms.”

A CDC spokesman told CNN that the total number of cases in the United States now stands at 26.

More than 100 American passengers remain in Japan, and U.S. health officials announced Tuesday that they will not be allowed to return home for at least two more weeks.

According to a statement from the U.S. Centers for Disease Control and Prevention, containment measures that were taken on the ship “may not have been sufficient to prevent transmission. [The] CDC believes the rate of new infections on board, especially among those without symptoms, represents an ongoing risk.”

Passengers who stayed on the ship will not be allowed to return to the United States until they have been off the ship for 14 days, without any symptoms or a positive test for the virus, the agency added. The ruling also applies to Americans who are hospitalized in Japan.

Meanwhile, the coronavirus outbreak — and the global response to it — continues to evolve globally, with three deaths now reported in Japan. The first death outside Asia was reported Feb.15 in France, The New York Times reported.

Iran had reported 18 coronavirus cases and four deaths by Friday, the AP reported. And the first case of infection on the continent of Africa was identified late last week, involving a person in Egypt who has tested positive for coronavirus but has so far shown no symptoms.

The temporary entry ban applies to foreign nationals, with the exception of relatives of citizens and permanent residents.

High levels of ozone and wood smoke each increase the risk for lung diseases like chronic... more» 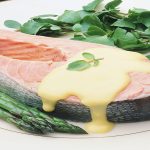 The food-mood connection isn’t all in your head. In fact, there’s even a name for it... more»

Bad Reaction From a New Tattoo? Here’s What to Do 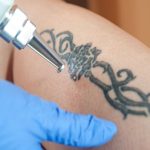 The biggest worry a person usually has when they’re getting a tattoo is how it will look. But... more»