Light or moderate drinking may reduce the risk of one type of stroke but not another, while heavy drinking increases the risk of both types, a new study suggests.

A research team from England and Sweden reviewed 25 studies as well as national data from Sweden. The investigators reported that consumption of up to two drinks a day was associated with a lower risk of ischemic stroke (blocked blood flow to the brain), but appeared to have no effect on the risk of bleeding (hemorrhagic) stroke.

According to the American Stroke Association, about 87 percent of strokes are ischemic strokes, while the other 13 percent are hemorrhagic.

High-to-heavy drinking (two to more than four drinks a day) was associated with an added risk of both types of stroke, according to the findings published online Nov. 23 in the journal BMC Medicine.

“Our results showed that heavy drinkers were about 1.6 times more likely to suffer from intracerebral hemorrhage and 1.8 times more likely to suffer from subarachnoid hemorrhage. The association between heavy alcohol consumption and these two types of stroke was stronger than that for ischemic stroke,” lead author Susanna Larsson said in a journal news release. She is an associate professor of epidemiology at Karolinska Institute in Sweden.

The differences between alcohol consumption and type of stroke may be due to the way alcohol affects the body, the study authors noted.

“Previous research has found an association between alcohol consumption and lower levels of fibrinogen — a protein in the body which helps the formation of blood clots,” Larsson said.

“While this may explain the association between light-to-moderate alcohol consumption and lower ischemic stroke risk, the adverse effect of alcohol consumption on blood pressure — a major risk factor for stroke — may increase the risk of hemorrhagic stroke and outweigh any potential benefit,” she added.

Although the researchers found an association between alcohol and stroke risk, the study does not prove cause and effect. The researchers said factors other than alcohol use may have affected the results.

The U.S. Centers for Disease Control and Prevention has more on stroke. 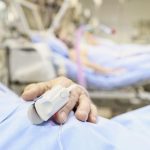