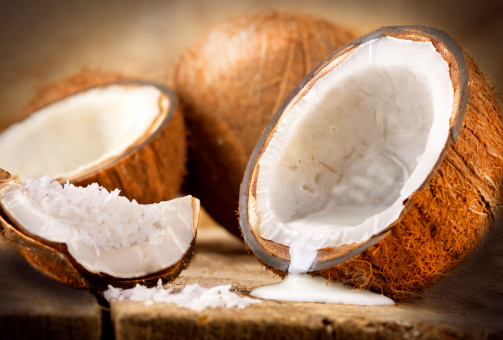 Sitting firmly among delicious kale chips and juice cleanses is the new trend called “oil pulling.” The oil in question here isn’t black gold (unfortunately, but rather coconut oil. As of late, the practice of oil pulling has experienced a spike in interest. The idea is to take a designated amount (sources say anywhere from a teaspoon to a tablespoon) of cold-pressed virgin coconut oil and swish it around in your mouth, in order to benefit from a number of different medical and cosmetic benefits. Some of these include: removing toxins, reducing plaque and germs, and even whitening teeth. Let’s not forget the fresh coconutty (coconutty? Is that even a word?) breath that you’ll be rockin’ as a byproduct. Sunflower and olive oil are also commonly used in oil pulling.

Now, it could be true that swishing a glob of oil around in your mouth can improve your oral hygiene. In fact, a 2007 study using sunflower oil concluded that oil pulling can greatly reduce risk cavities and gingivitis. But, here’s the catch: practitioners of oil pulling are expected to do it for at least 20 minutes a day. That’s 20 minutes of moving a goopy glob of coconut oil around in the most sacred of orifices, you mouth. If oil pulling interests you, I encourage you to give it a try. As for me, these are five things I’d rather do with 20 minutes everyday…

1) Make an omelette – Sure, dental hygiene is important. Those teeth are going to have to last you a while. But omelette-making is an art-form worth preserving that you will want to draw upon even when you have dentures. How will our children’s children know how to make an astounding omelette unless we learn the craft now? This is for our future!

2) Watch “Seinfeld” – An average sitcom episode is 20 minutes. That’s a golden opportunity to revisit Elaine and Jerry, George and Kramer. And if you feel so inclined, you could do some oil pulling while you watch. But you should probably laugh with your mouth closed. Do you think Kramer would do oil pulling? Of course he would!

3) Memorize the Gettysburg Address – What good are pearly white teeth if your brain has degenerated into scrambled eggs (see number one)? A good memorization exercise can help you stay sharp by challenging yourself. I’d rather learn Lincoln’s immortal words by heart than slide some oil around my cheeks. After all, Lincoln had wooden teeth. No need to swish oil. Old English Wood Polish? Now that’s a different story.

4) Plan my sleeping attire – Some people believe that success favors the prepared. Those who rise early and eat a good breakfast, maybe chew on sunflower oil. Not me. Unlike those saps who prepare their clothes for the next work day, I’d prepare my clothes for that night’s rest. It’s all about comfort when bedding down and that is worth taking one’s oil-pulling time.

5) Email my state senator – With greenhouse gases and the homeless population, who has time for oil pulling! There are people out there starving and we are casually swishing coconut oil. Imported, expensive coconut oil. That unbearable waste! Taking those twenty minutes to fire off a carefully-worded message to my state representative is the patriotic way to keep not only my mouth toxin-free, but my country. 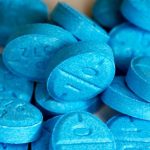 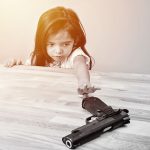 Gun-related deaths among school-age children in the United States are increasing at alarming rates,... more»

Coronavirus Isn’t Even ‘Alive,’ But Expert Explains How It Can Harm

It has spread across the globe in just a few short months, sickening hundreds of thousands, but the... more»