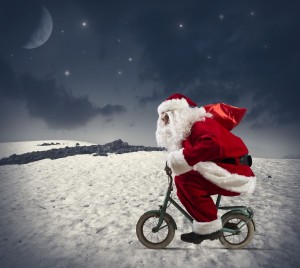 Let’s be honest, we’ve all seen Miracle on 34th Street a trillion times. Every year when Christmas rolls around, we haul out all the same films year after year. No disrespect to A Christmas Story or The Muppets’ Christmas Carol but there are a lot of movies out there that take place during Christmas. So this year, while decorating the tree or roasting chestnuts on an open fire(does anyone actually do this?) toss on one of these not-so-obvious Christmas tales and start a new tradition.

1. Die Hard – I don’t know about you, but vintage Bruce Willis fighting terrorists in an LA high-rise always gets me in the Christmas spirit. This action classic features the debut of John McClain, the fish-out-of-water New York cop crawling around in air vents, clamoring to rescue his wife from the deliciously evil Hans Gruber (played to perfection by Alan Rickman).

2. Gremlins – Let’s say you’re a serious fan of the macabre. But alas, your copy of The Nightmare Before Christmas has been scratched to oblivion. This fiendish film is the perfect substitute. You’ve got Gizmo being adorable, you’ve got Billy and Cate trying to save their small town of Kingston Falls from thousands of mischievous green monsters, you’ve got Corey Feldman dressed as a Christmas tree.

3. Eyes Wide Shut – If all the gorgeous lighting and eerie piano music (not to mention copious amounts of nudity) doesn’t convey it, this is a Christmas story like no other. This dreamy film features Tom Cruise and Nicole Kidman testing the boundaries of marital trust. As a meditation on commitment and fantasies set among the holidays, you can do no better than Kubrick.

4. Hook – For some, Christmas is about hideous sweaters and honey-baked ham. While those are wonderful things, Robin Williams as a grown-up Peter Pan rediscovering Never Land is sure to help with all that digesting you’ll be doing. There will never be a better Captain Hook than Dustin Hoffman in this exciting sequel to the classic fairy tale. Speaking of fairy tales, Julia Roberts is quite fetching and scantily clothed as Tinker Bell. Now you know you want to watch it.

5. Gangster Squad – What would Christmas be without gangsters and cops trying to kill each other? No holiday I’d want to attend. Josh Brolin, Ryan Gosling and Giovanni Ribisi are picture perfect as a crew of cops trying to shut down Mickey Cohen’s dirty dealings in a beautifully conceived golden age LA. And of course, we cannot forget when Cohen (play mercilessly by Sean Penn) proudly stated “Here comes Santy Claus!” before shooting a Christmas tree to pieces. Heartwarming. Manly.

(HealthDay News) — Stress is a normal physical and emotional reaction to changes in life.... more» 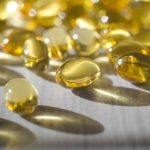 Inhaler Use Up During Coronavirus Pandemic

Daily use of inhaler medication by Americans with asthma and chronic obstructive pulmonary disease... more»