When I was a boy, I thought I was invincible, and possibly immortal. I know I’m not the only child to have entertained such fantasies. Many young tikes believe no harm will ever come to them. Part of that comes from testosterone, undoubtedly, as well as the dreams of adventure we had, and still have, swimming through our heads. A mother to run to now and again, when the world becomes too rough might also play into that feeling of power, because a loving parent gives us time to recuperate, and become invincible once again.

Moreover, I’m convinced that boys, and even young men, believe they’re bullet proof because the cinematic villains we grew up with have terrible, god-awful aim. Some of the baddies couldn’t hit the broadside of a barn even if their noses were pressed up against the wood.

I’m not talking about modern “anti-heroes,” who tend to have fairly decent aim. I’m referring to those cross-eyed myopic Stormtroopers inhabiting the Star Wars universe, as well as the legally blind Russians chasing Rambo in the desert — or even the bad guys gunning for Stallone’s latest incarnation as Barney Ross in the movie The Expendables. Sure, every once in a while a nasty villain hits the mark, but unless he’s a Nikita-trained sniper, the ratio of bullets spent to targets hit is freaking ridiculous.

Stormtroopers might as well as throw their blasters at whatever they’re shooting at. It would be a lot more effective. Rambo outruns a Russian attack helicopter, dodges bullets and bombs falling from the sky, and then takes the chopper out with a bow and arrow? C’mon, really? Schwarzenegger can stand still in a movie like Commando, and let a group of nefarious types unleash the entire arsenal of a small Latin Americans country against him, and he still doesn’t get knocked down? Is it any wonder that Americans hoard bullets and guns? We’ve been led to believe through thousands of hours of movie viewing that we need at least two million rounds of ammo to take out a single target that’s moving faster than a senior citizen with two broken knees.

The problem has become so pronounced, in fact, that a special term had to be coined in order to explain it. The “Principle of Evil Marksmanship,” along with the improbable ability of a typical hero to dodge bullets (never try this at home, kids) is what lets the good guys survive, and the plot of a basic action movie carry on past the first five minutes. In real life, bullets fired at close range are extremely hard to dodge, and villains shooting automatic weapons in the same room as their targets usually hit said targets, provided that the bad guys in question have had at least two minutes of gun training.

So, to sum up, if you’re ever magically transformed into the standard issue good guy fighting the villains in an action flick, your chances of survival are pretty good. Of course, you might get “winged,” and someone you love (wife, daughter) will probably have to die (motivation for revenge), but fear not. Your small handgun should be more than enough to go up against a slew of AK47s, 50mm machine guns, Imperial blasters, rocket launchers, and even the occasional armored vehicle. Bad guys, as even the characters in Family Guy know, can’t hit crap.

(HealthDay News) — Hiking in the chilly weather can be a fun way to stay active. But before... more»

COVID-19 is unlike other respiratory viruses known to humans, but in time it could evolve into a... more» 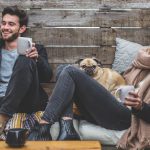 Happiness is not determined by the size of one’s paycheck, but a new survey suggests that... more»