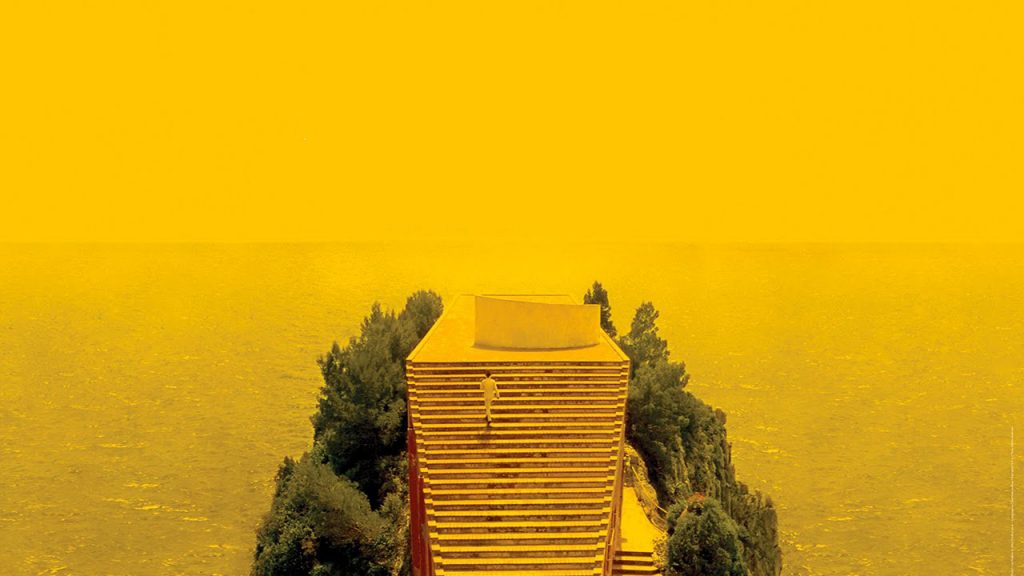 The Cannes Film Festival is the biggest event on the international film calendar and sets the conversation for the following year of (predominantly) arthouse movies. Don’t be that person who doesn’t know your German existential comedy farces from your bleak British social realist dramas. Read up on the twelve films of this year’s festival that your smart friends will be talking about over the next year (and hopefully you will, too).

Everyone expected this uproarious German comedy from director Maren Ade to scoop the festival’s big prize, the Palme d’Or, but it ended up leaving the festival empty-handed. This was despite garnering the biggest critical score of all time from press in Cannes. This 162-minute farce about a father’s desperate attempts to reconnect with his daughter (think wigs and prosthetic teeth) could be a hot contender for the Oscar’s Foreign Language prize early next year.

If all you ever wanted was for Paul Verhoeven to return to the world of sex and violence, then be thankful for Elle. He even cast Isabelle Hupert, patron saint of all things sexually perverse! This film got a lot of reviewers worked up with its tale of rape and revenge in a way that only the director of Showgirls, Total Recall, and Starship Troopers can. Sure to be a must-see and, despite its icky subject matter, it could get Hupert her first (much-deserved) Oscar nomination.

It feels like we’re a long way from the stylish uber-cool Miami Vice-but-about-the-bad-guys slab of cinematic sex that was Nicholas Winding Refn’s Drive. While still over-the-top violent, reviews for Refn’s latest after the dire Only God Forgives suggests he’s only becoming more and more interested in grotesque gore and less interested in smart plotting and kinetic thrills. It will be the quickest of these films to US cinemas, though, releasing this summer.

Despite reports that was it was being booed, Olivier Assayas’ ghost story took the festival’s prize for Best Director. The movie, Assayas’ second collaboration with American actress Kristen Stewart – she won the French Oscar for their last film, The Clouds of Sils Maria – follows a, wouldn’t you guess it, personal shopper in Paris whose dead twin may be trying to make contact with her.

It’s rare that animated films make a splash on the French Riviera outside of the big premieres of Pixar or Dreamworks movies. It’s even rarer still for arthouse animations with no dialogue to do it, and yet here we are. This French/Japanese production that partially comes from the house of Miyazaki, Studio Ghibli, tells of a man attempting to escape a desert island and must confront a giant turtle. If it sounds silly, then the reviews sure weren’t. It was a critical hit and won a special jury prize. Could it upset the big studios at next year’s Academy Awards? A nominations seems assured, at least.

American director Jim Jarmusch returned to the festival with this New Jersey-set drama starring Adam Driver about a bus driver who also writes poetry. Many thought Driver could have taken a hotly-contested Best Actor prize, but it wasn’t to be. The film will no doubt spark even more talks about the enviable talents of the Girls and Star Wars actor. In cute news, Paterson won the Palm Dog, a studded collar awarded to the best pooch of the festival (sadly, this doggy’s award was posthumous). Yes, that’s a real thing.

British filmmaker Andrea Arnold has now won the festival’s Jury Prize (essentially “third place”) three times out of as many chances. Following Red Road in 2006, Fish Tank (featuring a pre-famous Michael Fassbender) in 2009, American Honey is a three-hour American-set road movie. The only name in the cast even approaching fame is Shia LaBeouf, but don’t hold that against the movie, as it’s apparently great.

Telling the story behind the landmark civil rights decision of Loving v. Virginia that invalidated laws against interracial marriage, Jeff Nichols’ Loving has a lot of history to contend with. It surprised some, then, that the film was so small and intimate, but that’s befitting the man who made Take Shelter and Mud. Starring Joel Edgerton and Ruth Negga (you might recognize her from Agents of S.H.I.E.L.D. or new-to-streaming Preacher), it will no doubt be in the thick of the Oscar race later in the year.

South Korean director Chan-wook Park is a favorite of the festival, and this year his latest film was rapturously received. His latest is an adaptation of Welsh author Sarah Waters’ novel Fingersmith, and has been described as a dense thriller with a lot of sensual, sexual elements. Lots of hot and heavy action in this one means it’ll appear in arthouses and festivals very quickly.

Cannibals might not be the first thing you think of when you think of the Cannes Film Festival, but that’s what audiences got with Raw. Director Julia Ducournau’s film sent shockwaves through the south of France, and you will no doubt see it pop up on Netflix later in the year and then be remade by an American sometime thereafter.

Sean Penn’s film about international aid agency workers has gone down as the worst reviewed film in Cannes history. Penn had a stellar cast, featuring then-girlfriend Charlize Theron – she later apparently “ghosted” him and their red carpet appearance was, to put it mildly, kinda awkward – alongside Javier Bardem and up-and-coming French actress Adele Exarchopoulous (she starred in the 2013 Palme d’Or winner, Blue is the Warmest Color). Star power, it turns out, was not enough to save it from a disastrous reception. Critics took especial offense at the focus on Theron’s and Bardem’s developing romantic relationship at the expense of the black actors and the story of Third World atrocity that the movie purports to showcase.

I mean, it won the Palme d’Or, so I guess we should mention it? Reports out of the festival seemed enthused, but not extremely so. It’s win was a big surprise, especially since its director – British legend Ken Loach – has already won once before and wasn’t due a prize. It was at least better received than last year’s winner, the French/Sri Lankan refugee drama Dheepan.

More Are Turning to Pot When Depressed – But Does It Help or Harm?

Folks struggling with depression are much more likely to turn to marijuana to ease their symptoms... more»