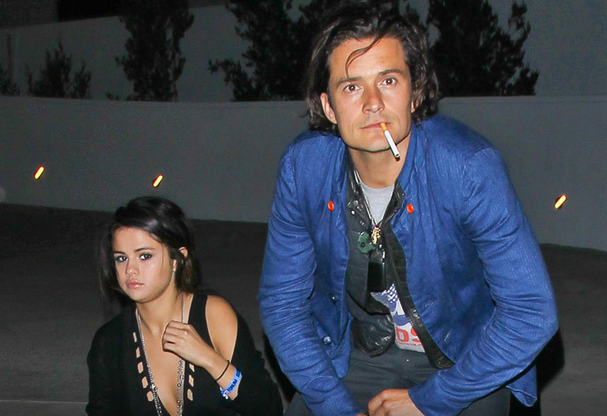 For the uninitiated, a Man Crush is when a straight man has a non-sexual, idolizing fascination with another man. Scott has many of them, and will be writing about a different one from time to time, usually when his man pickle gets a little bit tickled.

If you have no idea why I am writing about Orlando Bloom when he has been mostly out of the spotlight for a few years, read this.

Thank you, thank you, you beautiful, talented, awesome individual who won’t take shit from anybody including that son of a bitch Justin Bieber. You’re a bad mother-f**ker and I don’t care if somewhere along the line Miranda Kerr stopped feeling that way about you. I’m sure you’re doing completely fine on the girl-scoring front, given that you’re famous and don’t seem to be a complete asshole. And Kerr is just a girl. A beautiful one, sure, but she is not the most beautiful girl in the world. And you can find a different girl every night of at least near-equal caliber as Kerr, so in going back to bachelorhood, you actually kind of win out.

I bet the ladies flock even more than ever before now, too, after your lashing out at Bieber. Imagine if you would have landed that punch and done some serious damage. The world might have exploded.

Somebody had to try and knock out that little prick at some point, and why should it not have been you? I mean, there were all those rumors about how he was trying to get super fresh with your ex-wife back when the two of you were still married. (I’m like 99 -percent positive he didn’t because that would be completely bonkers, but if he did, then your ex-wife is kind of cognitively below par — more so than your usual professional model — and you should be happy to bid her happy trails.)

The way this whole debacle unfolded from the beginning to where it is at right now has been fantastic, and it all makes you look great (except for the fact that you didn’t land the punch — though I maintain that having thrown it is the most important part). Bieber rolled up in the club and tried to shake your hand, and you declined his offer. That’s great. I really respect a guy who isn’t going to shake the hand of someone he hates. I’m like, too passive to do that, where you are passive-aggressive in a very on-point way. This was a great gesture (or non-gesture) because people probably don’t rebuff Bieber’s offers for handshakes very often. It’s usually the other way around, I bet. And what’s ultra-cool about it is that Bieber has allegedly been saying that he didn’t even recognize you. Which is a bulls**t lie because, well, he probably doesn’t just go around trying to shake hands with people he doesn’t know.

Then when he got pissed, he started saying things at you, apparently about Miranda Kerr. This is when your boy Leonardo DiCaprio stepped in and shooed Bieber away, which must have really made the kid angry because DiCaprio is so much cooler than he is and he is totally aware of this fact.

So you tried to avoid the dude, and didn’t touch him, but when he kept talking you did what you should have done: you tried to attack him physically. The only issue I have with this is that it quickly overtook serious news items in the hierarchy of press coverage, but that’s not at all your fault.

This came at a good time for you. You’re everybody’s hero after a few years of taking it easy and staying almost completely out of the spotlight. (Your biggest claim to fame in years before the phantom Bieber punch was that you were getting a divorce.) I bet you’ll get offers from filmmakers to be in their stuff just because you tried to take that douche-nozzle down a few pegs.

You’re going to net out in the black on this. I know this is going to happen. Bieber has gone from vaguely promising singer and dancer to professional dickhead, and he shows no sign of ever making anything good again (if you consider his existing work to be good in the first place, which is very debatable). He will continue his unjustifiable* antics until he hits rock bottom, loses a bunch of money, becomes irrelevant and boring, and probably marries Lindsay Lohan.

While you, inversely, will find your way back into the zeitgeist, as the first person in a while who is not an American but still manages to be a hero to Americans.

So again, Orlando, thank you.

Scott And Everyone Else Who Has A Brain

*People always talk about the strange way in which Bieber was brought up as a reason for why he is such an asshole now, but I don’t buy it. You could be a douche as a little kid, sure, but he’s an adult now and it’s really time for him to mature at least a little bit.

There’s No Such Thing As The Friend Zone 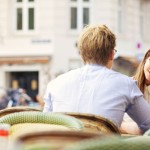 Totally made up. more» 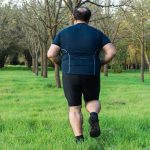 Need another reason to stay slim? People who are overweight have a greater risk of dying from... more»

Will the College Football Season Be Sidelined by COVID?

The odds are not good for college football conferences that have decided to press forward with... more»