It’s that time of year and March Madness is upon us once again. Being the biggest sporting event not named the Super Bowl, millions of fans nationwide, even worldwide, will be tuned in to see their favorite college basketball teams play for a chance to be this year’s National Champions.

As popularity of college sports continue to rise, more and more people are participating in the March Madness brackets.  The basic concept in filling out a bracket is to correctly pick the winners of each game, starting with 64 teams in a single-elimination tournament format. The entry with the most correct picks, that also correctly picks the National Champion, ends up being crowned the Champion of the March Madness tournament. How does one go about making the best, well- thought-out choices? Is it an advantage to follow the entire regular college basketball season? Perhaps, but does that guarantee you first place? Absolutely not!

To win your bracket, not only must you select the correct finals winner, you have to choose early-round upsets, which can be extremely difficult, even for the most avid sports followers. Ultimately, luck is just as important as skill when it comes to winning your bracket challenge.

Let’s take a quick look at the favorites and some potential deep-sleepers in this year’s March Madness tournament. For starters, many people will have Kentucky, the overall number-one seed, as their pick to win it all. This is regarded as the safest pick, given the unknown variables, such as future potential matchups, injuries, and such. However, this is far from a guarantee. Since the NCAA expanded the tournament field to 64 teams in 1985, only four of the top overall seeds eventually cut down the nets.

The regions are broken up into the West, East, Midwest, and South, and Villanova, Duke, and Wisconsin, along with Kentucky, make up the number-one seeds in each region, respectively.

What do you look for in your quest to find the teams with the potential for an upset victory? Personally, I have a few requirements in order to pick an upset. For starters, the lower-seeded team must have won their conference in the regular season or conference championship tournament. In addition, I like choosing teams that go into the tournament on a hot streak. Nothing is more important to me than a team gelling at the right time. Lastly, I can’t deny the superstitions and history of this tournament. For some odd reason, certain matchups seem to always be tough, closely-contested games. For example, the 5 vs 12 matchup has historically been exactly that, with the highest percentage of upset victories claimed by the lower-seeded team. Keep an eye out for this year’s 12 seeds, which include my favorite upset pick — Buffalo — along with Wyoming, Wofford, and SF Austin. My other upset potentials include Texas over Butler, Indiana over Wichita State, Ole Miss over Xavier, Ohio State over VCU, Eastern Washington over Georgetown, and Albany over Oklahoma. I also reluctantly selected UC Irvine to upset Louisville, which seems absolutely crazy, but I had to stick with my alma mater.

I might watch copious amounts of sports year round, but that doesn’t mean my picks are any wiser (or more correct) than the average Joe. I can only trust that I took everything into consideration and hope luck is on my side. Good luck to you all and I hope you keep an eye out for my results, which will be shared in the March Madness recap piece, shortly after the conclusion of the tournament.

A Safer 4th Is One Without Backyard Fireworks

If you plan to celebrate Independence Day, you might want to reconsider setting off fireworks,... more»

Can High-Potency Pot Make You Crazy? 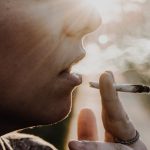