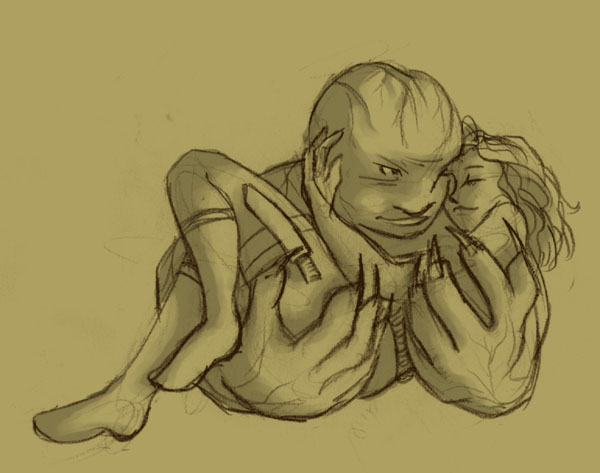 If popular fiction has taught us anything in recent years, it’s this: women love monsters. Okay, that’s a little reductive. Women love monsters as long as they clean up pretty well. Vampires are fine, but vampires with chiseled features and sparkly skin tend to go over best. But with the Twilight movies distinctly in the rearview mirror and “True Blood” on its final season, the time of the bloodsucker is quickly waning. So what’s next? What supernatural entities with high-school drama are on the YA horizon?

The first guest is obviously werewolves. C’mon, they are like the Hulk but only on nights with full moons. They can’t be around silver and they tend to attack on sight when they’re on the prowl. There’s plenty of danger and intrigue here. MTV’s “Teen Wolf” is still kicking and the Underworld franchise has its fair share of furry fiends, but, just like Miley Cyrus, these transforming moon-howlers can’t be tamed. And are they even house-broken?

What about witches? They don’t have fangs and they don’t live forever, but they sure can make spells and potions. With shows like “Salem” and “American Horror Story: Coven,” viewers have had more than a few opportunities to explore these witchy dames. But there’s something missing here. I suppose witches just can’t rival undead vampires and their hunger. It’s all that marry-the-girl-or-drink-the-girl’s-blood indecision that kept women tuning in.

Speaking of undead, perhaps zombies haven’t truly had their day yet? They live forever, just like vampires. They feed on the living, just like vampires. Films like Shawn of the Dead and Warm Bodies have cornered a market, and “The Walking Dead” is a masterpiece of a show revolving around these brain-munchers. But while vampires tend to be immaculately dressed, zombies are sort of…rotting. Plus all that flesh-eating is unbecoming when considering romantic affiliations.

Perhaps it’s not a monster so much as a drastically different setting that sets women’s hearts afire? You need danger, a clear enemy and, as always, the possibility of romance. Big dystopian book adaptations are all the rage these days. With The Hunger Games and Divergent films tearing up box offices, and The Giver about to be released, it appears dreary futuristic sci-fi teen romances seem poised to dominate. Of course, these projects are enormous undertakings with giant casts and huge budgets. Is there a simpler idea that can capture the hearts of women getting over their vampire fixation?

Wait, wait, wait. The Fault In Our Stars features two teens with cancer who fall hopelessly in love. Similarly, A Walk to Remember tells the story of a high school girl with cancer who is married before her untimely death. Is it possible that terminal illness is the new cinematic vampire? You’ve got the tête-à-tête with mortality, a race against time and a clearly-plotted ending that won’t leave a dry eye in the house.

So there you have it, ladies and gentlemen, terminal illness has somehow become sexy. 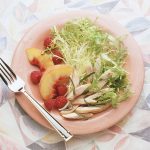 Was FDA Lax in Approving Opioids Too Easily?

For at least two decades, the U.S. Food and Drug Administration has been approving new formulations... more»

Talking Health: The Vocabulary of Fitness 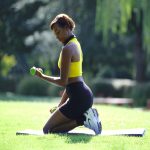 Doing the right amount of exercise every day is a top health goal. To make sure you’re... more»