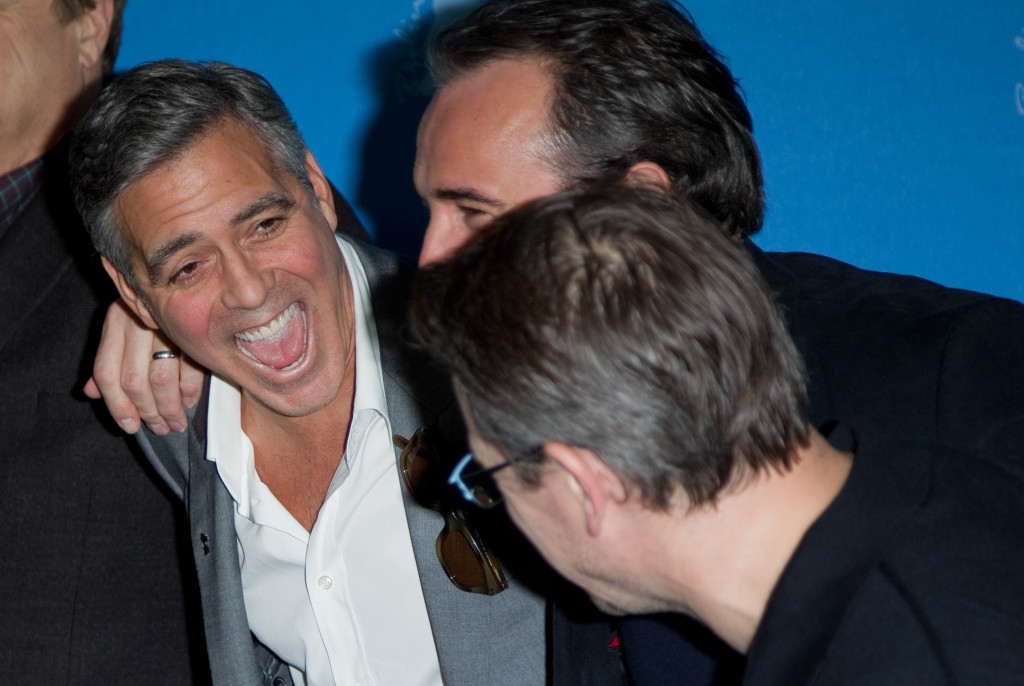 So here’s how it would go…

At the gym we play full court with some of Mr. George Clooney’s closest friends. In attendance are Mark Wahlberg, LeBron James, Sam Rockwell, Steph Curry, Larry Bird, Rasheed Wallace, Denzel Washington and Carrot Top. Mr. George Clooney and I play on the same team and we are great together. We control the game, we give and go, we pick and roll; we are unstoppable.

Thanks to the two of us, our team wins every game, and after each victory Mr. George Clooney shouts, “We the ballers in this house! Game recognize game, bitches!” Everyone there tells us we should play in two-man tournaments together.

Now it’s time for lunch. Mr. George Clooney takes me back to his house where we eat a healthy meal of grilled chicken breasts, quinoa, and wild green salad with citrus vinaigrette. We talk about our families, our interests and our backgrounds. And, of course, we talk about the ladies and all of our sexual exploits over the years. By the end of lunch we are doubled over in hysterics about how we have slept with nearly nine-thousand women combined!

Next, we go to Burke William’s Spa Center for a little down time. We part ways in the lobby, with Mr. George Clooney joking, “Don’t ask for a spitty when you’re done, playa. It ain’t that type of party.” I receive a Thai massage, a foot scrub, a soothing soak in the whirlpool followed by an invigorating jump into the cold pool. I meet up with Mr. George Clooney in the eucalyptus steam room. As we sweat it out we don’t say a word to each other. We don’t need to. We appreciate the silence too much to ruin the moment with a bunch of yakking.

Refreshed and rejuvenated, we go back to Mr. George Clooney’s place, hang out in his screening room and watch the director’s cut of The Warriors. We analyze each scene, talk about what we like and what we’d do different. We even quote our favorite lines back and forth to each other. But mostly we just soak in the cinematic violence that is The Warriors. We replay the fight scene against The Baseball Furies over and over again, high-fiving each time at the end of it.

“Tap a smacky down on those punk ass bitches!” Mr. George Clooney yells every time.

As it is now heading into evening, Mr. George Clooney says, “Bitch, I hope you’re hungry cause I’m taking you out to Morton’s for a big ass steak dinner. Better get your grub on.”

We get dressed up in our best suits (Mr. George Clooney is of the conviction that you must dress up when you go to a steakhouse – to do anything less would mean you’re “acting straight-up boughie”) and hop back into the limo, pumped up for the huge meal ahead.

At Morton’s we sit in a huge booth way in the back of the restaurant. We order a bottle of 1985 Opus One Cabernet Franc and polish it off before the waiter even comes to take our order. And when we order, we order like men. I start off with the Blue Point Oysters, spinach salad, followed by the double cut filet mignon with a side of steamed asparagus. Mr. George Clooney goes completely old school and gets the lobster bisque, the Caesar Salad, the New York strip (“rare” he says, “bloody like Scarface”) with the creamed spinach. We eat like kings, relishing every bite.

Just as supper is finished and I think I can’t eat another thing, the waiter comes over with not one, but two plates of Morton’s Legendary Hot Chocolate Cake. I look at Mr. George Clooney, incredulous. “There’s no way I can finish one of these by myself!”

Mr. George Clooney says, “You have to. Sharing dessert is for fake ass tricks.” Then he smiles and says, “Besides, I know you like chocolate like a mofo.”

Back in the limo, sprawled out on the seats, Mr. George Clooney instructs his driver take us to the Standard.

Mr. George Clooney pulls out a couple of Cubans and a bottle of sixteen-year-old Lagavulin. “A little nightcap, pimp.” He says.

Up on the roof of The Standard, and it’s just him, the stogies, the scotch and me. It’s a beautiful, breezy night as we gaze out on the City of Angels. I look over at Mr. George Clooney and say, “It doesn’t get any better than this, does it?”

Mr. George Clooney holds up his glass and says, “You ain’t saying nothing slick to a can of oil.”

So now it’s getting late and we are satiated, fulfilled and content. During the limo ride home we polish off the bottle of Lagavulin while listening to John Coltrane’s “Giant Steps.” We talk about our aspirations and our dreams – trying to connect on a deeper level. We realize that though we are completely different people, we are actually one in the same.

As the limo pulls up to my place, Mr. George Clooney gives me a dap and says, “Thanks for a great day, homie. You are my boy for life. You truly are the coolest mofo I have ever met.”

Then we have sex.

More and more U.S. states are allowing marijuana to be taken as medicine, and a new study suggests... more»

As the worldwide coronavirus case count passed 10 million and the death toll topped 500,000 on... more»

AHA News: Hormones Are Key in Brain Health Differences Between Men and Women 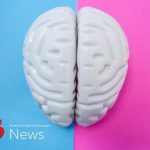