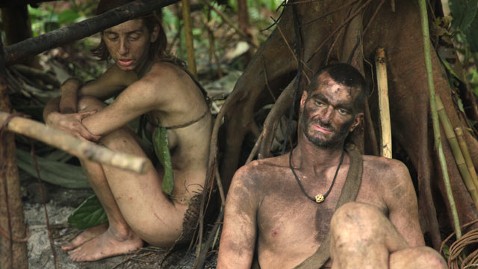 These are just a few of the slew of naked reality TV shows that have hit the airwaves recently. As you can tell just by the titles alone, none of them offer anything in the way of sexiness. In fact, they are unsexy mixed with sadness, topped with lameness, and then laced with just a hint of desperation.

Nakedness is supposed to be sexy. That is the whole point of nakedness. That is why people (rightfully) like to see it so much. But if you put nakedness on the television and purposely make it the opposite of sexy then what does that leave you with? More crappy reality TV, that’s what. And if there is anything the world needs less of, it is crappy reality TV. (Okay. Fine. And I guess war. There’s that, too.)

Now, I am not knocking body shapes or physical appearances. There is somebody for everybody. Someone’s nakedness that may not be hot to me may very well be the definition of hotness to others (and vice versa). The naked people on the naked shows are not the issue. The issue is the show itself. Because, as we all know, there are two kinds of naked: good naked and bad naked. And all that naked reality TV shows provide is a heaping helpful of bad naked.

The creators of these shows like to spout off about how the naked aspect is secondary to the human interaction. That very well may be the biggest lie in an industry that already fakes reality to the hilt. It is not a social experiment. It is not about people connecting on a different and higher level. It is a blatant and obvious lure to get as many viewers as possible. They might as well call all these shows, “We’ve Got Boobies!” (Full disclosure: That would be a show I would watch incessantly.) Here’s a good test to see if any of these naked reality shows are worth watching: Ask yourself, “Would I even watch this show if there were no nudity on it?” The answer is more than likely a resounding, “Hell no.”

And when you think about it, it isn’t even real nudity because everything has to be blurred to get past TV’s Standards And Practices. You are basically spending an hour watching the TV as if you were a ninety year-old woman with cataracts in one eye and glaucoma in the other. Blurred nudity is completely pointless and completely unsexy. That is, unless pixilated video of naked people doing the most mundane of things is a turn on for you and totally pumps your nads. If that is your fetish then, by all means, have at it and Godspeed.

All of this begs the question: do we even need naked reality TV? You can see nakedness anywhere these days. The biggest reason the Internet blew up so big is because of nudity. “Game of Thrones” tosses naked people into scenes when the scenes aren’t even about them (which is why it is one of the greatest shows in the history of cable television). And network TV dramas actually show more nudity than the pixilated naked reality TV does. So all of these new shows just feel kind of superfluous. And when you add in the whole not sexy factor, naked reality TV becomes a futile exercise in pointlessness.

Because if I want to look at unsexy nakedness I can just go and look at myself in the mirror.

Coronavirus Spreads Most Easily When Patients Are Sickest: CDC

Coronavirus is most infectious when patients are at the peak of their illness, U.S. health... more»

Buyer Beware: Bogus Flu Meds Are Out There 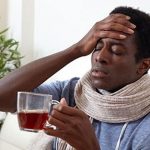