In early May of 2014, New York City hosted the Upfronts, an event in which all the prominent television channels put their best foot forward and appeal to potential audiences and advertisers with the new shows that they plan to release in the coming year. As the festivities wrapped up and everyone went home, one thing became glaringly obvious: It’s a tough time to be a network television station.

Perhaps twenty years ago, the major networks — ABC, NBC and CBS — were able to raise eyebrows and get things percolating, but nowadays, and in the almost-year since the Upfronts, the fight is even steeper to generate shows that get key demographics to tune in. Ours is an age of streaming. Not only are Netflix, Amazon and Hulu offering your favorite classic shows whenever you want, but these trailblazers are also dead-set on creating quality original programming as well.

All right, you say. What’s wrong with a little competition? Absolutely nothing. Except in the spectrum that covers network TV (ABC, FOX), basic cable (FX, AMC), and premium cable (HBO, Showtime), and then streaming (Hulu, Netflix), the rules are drastically different. All forms of media have some sexuality, some violence, and some language, but what is possible and permitted varies heavily.

Vince Gilligan ended the five-year saga “Breaking Bad” on an inhumanly high note, and a year later, people are still talking about it as a bar that has to be met. The drama featuring Bryan Cranston as the monstrous Walter White made it possible for Gilligan to virtually do any project he chose after the landmark series. Where did he go? CBS. Gilligan’s new show, which was set to premiere in the fall but is now premiering on March 1st, is “Battle Creek.” Josh Duhamel and Dean Winters are set to portray a detective duo who trade experience and wit in a small Michigan town. And it’s already expected to draw in the viewers when the pilot airs.

Although “Breaking Bad” was a show made up of exceptional acting performances, keen cinematography, and brilliantly-paced writing, the show also relied upon a candid perspective on both violence and drug use to tell such a poignant and enthralling story. Making the main characters’ trade cooking the best meth in America isn’t exactly a premise that network television can wrap its arms around.

Does this mean that all network TV is toothless singing shows and reality shlock? Not at all. Quality can transcend any restrictions, but real freedom has been the breeding ground of iconic protagonists in recent years (i.e. Walter White, Francis Underwood, Tony Soprano). Only time will tell if Gilligan can bring his golden touch to the notoriously family-friendly CBS, but it’s possible TV is such an exciting place these days because the channels delivering edgy and exciting original programs are not confined to the tired standards that used to define television.

Five Foods That Will Survive The (Zombie) Apocalypse 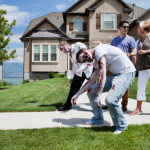 Pandemic Is Changing Your Next Doc Appointment

In response to the coronavirus pandemic, many doctors’ offices and clinics have made changes... more»

Why I Learned to Love the San Antonio Spurs 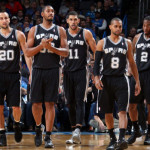 They know how to get down to business. more»