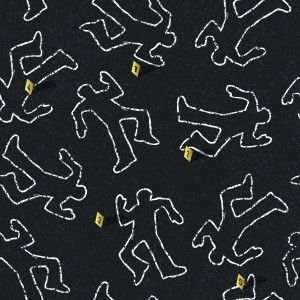 On Sunday, Jan. 12, HBO premiered the new series “True Detective.” The series features Matthew McConaughey and Woody Harrelson as two detectives in Louisiana grappling with some dark and heinous killings in the bayou. The show is already getting receiving rave reviews from the powers that be, but before you check out “True Detective,” let’s count down the six best sleuthing twosomes to ever crack the case.

6) Roger Murtaugh & Martin Riggs (Lethal Weapon) – Perhaps “buddy cop” picture is a better definition, but these two had to get creative when taking down drug dealers in 1980s L.A. Why are these two worthy of the list? Danny Glover and Mel Gibson’s chemistry is cinematic gold and Shane Black’s script reinvented the detective duo.

5) Scooby-Doo & Shaggy (Scooby-Doo, Where Are You?) – Sure, all those hip kids in the Mystery Machine were top-notch detectives. But when push came to shove, it was this aloof, lovable duo that often brought about justice. Some detective love martinis, these guys prefer Scooby Snacks.

4) William Somerset & David Mills (Se7en) – This unlikely pairing face off against one of popular fiction’s most gruesome string of murders; one for every deadly sin. Brad Pitt and Morgan Freeman are picture-perfect in their contrasting views of humanity. This murder mystery brings along a conclusion you won’t soon forget, even if you’d like to.

3) Patrick Kenzie & Angela Gennaro (Gone Baby, Gone) – First created by the writer Dennis Lehane and later immortalized by Casey Affleck and Michelle Monaghan, this South Boston couple are streetwise and wicked tough. The two encounter several cases in the series centered on their Dorchester practice, but none as well-known as the disappearance of Amanda McCready, a four-year-old girl.

2) Nick & Nora Charles (The Thin Man) – This married couple sprung from the mind of the great Dashiell Hammett. Their witty dialogue and sleuthing skills (not to mention insane alcohol tolerance) has made them a favorite for generations. Unlike mystery novels before it, the Charles couple teaches that humor can lighten even the gravest situation.

1) Sherlock Holmes & Dr. John H. Watson – The duo that operated out of 221B Baker Street is the gold standard in sleuthing. In the sixty stories Arthur Conan Doyle wrote about Holmes, he established a fictional character of immense depth, sophistication and eccentric whimsy. There are films, TV shows, societies, museums and artwork dedicated to this beloved character and his dutiful narrator, the good doctor. “Elementary, my dear Watson.”

As the daily U.S. coronavirus death toll averaged more than 1,000 for the ninth straight day on... more» 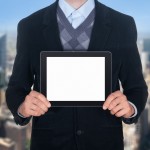 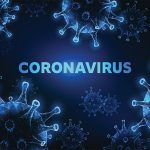