Port wine (Vinho do Porto) is a dessert wine with lots of tradition and history. While other dessert wines might taste similar to Port, only grapes grown in and near the Douro River Valley, in northern Portugal, can actually be branded “Port.” Due to the historically cantankerous relationship the English had with the French, the English came to depend heavily on Portuguese wines (not French ones). English families moved to Portugal in order to oversee wine production. They eventually began mixing brandy into the wine, which preserved it better for export — and thus Port wine was created.

The grapes are harvested from the fertile lands of the Douro Region. During the fermentation process, brandy (aguardente vínica) is added to the compressed grapes, which stops the fermentation process at the appropriate sugar levels, and creates a heavier and sweeter wine. The distinctiveness of this smooth tasting aperitif has secured a place for the city of Porto on the wine making map.

Port wine, which is best sipped with accompanying cheese, dried fruit or nuts, can be made from a variety of grapes. Typically, only a few species are harvested from the Douro River Valley. The quality of the grapes, combined with different storage methods, produces different kinds of Port wine. Here are some of the most common varieties:

Crusted Port is blended with a variety of wine vintages. It needs be decanted after it’s uncorked, since it’s an unfiltered wine. The name of this Port comes from the crusty sediment found at the bottom of the bottle. Crusted Port should be aged for at least one year in a barrel, and then three years or more in bottles. Once it’s on the market, it can be enjoyed without more aging.

Late Bottle Vintage is made from a single grape harvest, aged for approximately six years, on average. It shouldn’t be aged in bottles (like Vintage Port), which means you need to drink this stuff fairly quickly once you get your hands on a bottle of gorgeous LBV.

Ruby Port is an extremely common Port wine that comes from red wine grapes. It’s generally aged for several years. The flavor is quite sweet, and very berry-like.

Tawny is usually aged longer than Ruby. This reddish brown Port is aged in oak barrels. Wines of dissimilar ages are often mixed together, creating a “nutty” tasting Port wine.

Vintage Port is the king (or queen) of all Port wines. It’s only produced with quality grapes that come from an extraordinary harvest. First, the wine is aged in oak barrels for several years, and then it has to be aged in bottles for at least a decade, but often much longer than that (15-100 years). Bottles don’t come cheaply — but if you’re a lover of Port, you should shell out the cash at least once in your lifetime and partake of some superb Vintage Port wine.

White Port is made from white grapes — as the name would suggest.  Arinto or Malvasia grapes are often used when creating this wine, which can be fairly sweet, or fairly dry, depending on the particular blend.

If you ever do make it to Portugal, head to the village of Vila Nova de Gaia, which is just across the Douro River from Porto, and sample Port wine in the local wine cellars (Caves do Vinho do Porto) until your heart’s content. Most of the wine makes offer tours of their facilities, where you’ll see stacks of Port aging in barrels. Some of the wine cellars offer free tours, while others will make you pay.

There are more than 50 labels operating in Vila Nova de Gaia, with names like Croft, Dows, Graham’s and Taylor’s. Pay attention to the English last names. English families established most of the first Port labels. These days, Portuguese, or decedents of the first English wine makers, tend to run the show. Regardless of who’s in charge, if you’d like to indulge in sweet libations all day long, Portugal is the place to be. 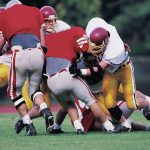