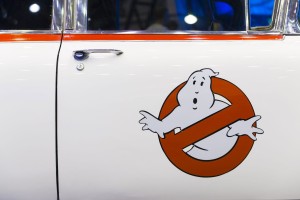 These are the Father, Son and the Holy Ghost(buster) of contemporary comedy films. All of them written by the late Harold Ramis. You cannot call yourself a comedy fan if you are not be able to quote from this Holy Trinity, ad nauseam.  These flicks alone put him in the Comedy Hall of Fame.

All four are comedy gold. And if that’s not enough, how about the two movies that actually transcend comedy:

Mr. Harold Ramis had his hand deeply in the pocket of all of these as a writer, director, producer, actor or all of the above. Without Harold Ramis, you would have none of these movies. And without these movies, you would never have Judd Apatow, Adam McKay, Will Farrell, Andy Samberg, Sarah Silverman, Aniz Ansari, Jonah Hill, Amy Poehler, Adam Sandler, Tina Fey and the list goes on and on.

Obviously, there was comedy – outstanding comedy – before Mr. Ramis started his career. But it is hard to think of comedy movies that made as lasting of an impression as the ones he made. Because of his work, we all have a second language we can all understand. Any of life’s awful situations can be looked at and processed by a quote from one of Mr. Ramis’ movies. You think something is over? “Was it over when the Germans bombed Pearl Harbor!?” Having trouble focusing? “Be the ball, Danny.” Watching your girlfriend leave you? “You can’t go! All the plants are gonna die!”  Mr. Ramis’ legacy is the legacy of us quoting his work at our worst moments and making us laugh about the situation we are in.

What I will remember most about Harold Ramis is what he did on screen. He was so quietly funny, which is truly one of the most difficult things to do. You can get a laugh being big, you can get a laugh by being sarcastic, but getting a laugh just by being present as a human being is damn near impossible. Mr. Ramis did that with ease. Watch him in a cameo in Groundhog Day where he plays a doctor inspecting Bill Murray’s CAT scan. He turns away from the X-ray towards the camera and as he does he blinks his eyes as if he has trouble focusing. Nothing is said about it, there is no commenting on it, it is just a quick character choice that is executed and the scene moves on. It is a brilliant kind of comedic restraint and Mr. Ramis was the master at it.

Even working onscreen with such superstar heavyweight talent as Bill Murray, Dan Aykroyd, John Candy, Eugene Levy and Catherine O’Hara (all three from his “SCTV” days) and later on with Seth Rogen and Jack Black, Mr. Ramis more than held his own. He was the comedic version of Scottie Pippen. Everyone is so concerned with Michael Jordan scoring in a game and then all of the sudden you realize that Pippen just lit you up for twenty-five and twelve. Mr. Ramis was the same way. Yes, you would be laughing your ass off at Bill Murray as you watched Stripes but afterward you would find yourself quoting all of Mr. Ramis’ lines. (“My father always told me never to hit someone in anger unless you were absolutely sure you could get away with it.”)

It just always seemed that Mr. Ramis truly loved doing comedy. He always looked liked he was always on the verge of a giggle. Like he was just so excited to be there, having so much fun doing what he loved. Like he couldn’t even believe he was in this position of living his dream. I may be projecting a lot on the man, but that is what he gave to me and for that I am forever grateful.

Mr. Ramis proved that the old adage, “nice guys finish last,” is probably the dumbest thing ever utter by man. (And if you think he is not nice, watch – and then watch again, and again, and again – Groundhog Day, one of the sweetest and most romantic comedies ever made. Only a nice guy could create that.) We should all feel lucky that a man like that made movies that will be burned into our brains forever. I remember nothing of how to do geometry proofs but, thanks to Mr. Ramis, I will always remember this sage advice:

“Don’t cross the streams. It would be bad.” 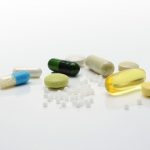 According to the American Cancer Society more»