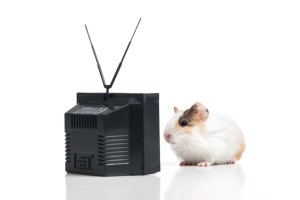 There has been an abundance of big news as of late regarding forthcoming comedy shows.

Some stuff you should watch out for if you want to laugh your balls off sometime in the next few months or so:

In December, prolific stand-up performer, actor, and writer Louis C.K. signed a production deal with FX allowing him and his production company, Pig Newton, to develop new series for the network that has served as home for his groundbreaking sitcom Louie. According to Deadline, Louis will snag an executive producer credit for each series that makes it to the tube, with an option to write and direct said series.

Little more than a month after inking the deal, FX ordered its first pilot from Pig Newton—and it’s a doozie. Zak Galifianakis is slated to star in the show co-written and produced by Louis C.K., making Galifianakis the latest in a long line of film stars who have decided to take their talents to the small screen.

No news yet as to what the show will be called, or even be about, but let’s be real: it doesn’t matter. You’ll watch it anyway if it makes it to series, if both these comedic masterminds are involved.

You might want to Google “Louis C.K. FX” every month or so for the immediate future. If his work ethic so far is any indication, more pilot orders will be forthcoming.

If you dig on the Anchorman ethos, you’ll be all types of excited to hear that wildly successful comedy duo Will Ferrell and Adam McKay have sold to NBC a pilot for a show called Mission Control. According to Deadline, the sitcom will be a workplace show that takes a tone similar to that used in the two Anchorman films.

The premise? The show will be set in 1962 and will deal with a strong woman butting heads with a macho dude in the race to land on the moon.

So, essentially, Anchorman with less gravity.

It’s easy to get excited about pretty much anything Ferrell and McKay do, but it’s also worrisome to think about how their brand of comedy will translate to the small screen. You can’t be quite as sexist and vulgar on NBC as you can when you’re making films and nobody will tell you what not to do.

You’re probably familiar with the work of Justin Halpern. He’s the mastermind behind the Twitter account @shitmydadsays, which spawned both a book and a short-lived TV comedy on CBS starring William Shatner.

Halpern’s latest effort will premiere on FOX in March. It’s called Surviving Jack, and it’s based on Halpern’s book, I Suck At Girls, which is one of the better collections of humor essays I have read in recent years. It’s about a dad and his relationship with his son, set in the 90s, written by Halpern and Patrick Schumaker.

Christopher Meloni is starring as the dad on the show, which I have very high hopes about. You probably know Meloni from Law & Order and True Blood, but I think of him mostly in regards to his hilarious role as the camp chef in Wet Hot American Summer. 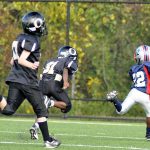 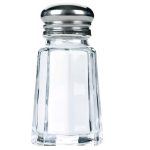 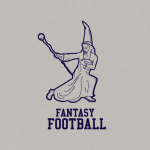 A good team name is the stuff of legends among fantasy sports leagues. more»