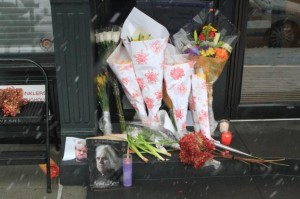 It’s not very often that I get overly and outwardly upset over the death of a celebrity, because I’ve never been able to shake my perception that it’s strange to mourn a person you have never met.*

It’s also not very often that my mom breaks a major news event to me.

But both of these things happened early Sunday afternoon.

I had just returned home from a stint at the Laundromat when my phone buzzed. I set my sack of clothing down and saw this:

She then told me that an overdose was suspected.

I eventually found that acclaimed actor Philip Seymour Hoffman had been found dead with a needle sticking out of his arm. He was 46 years old. He left behind three children.

The sadness of this situation is profound. Anybody could write thousands of words on the tragedy of addiction, the darkness that sometimes leads to it, and the role that being one of the greatest artists of yours and any other generation can play in a substance-induced early demise. And I’m sure many people will.

But I’m not going to do that. Instead, I’ll write about what Philip Seymour Hoffman left behind from a philosophical and artistic standpoint, what it means to me, and what it should mean to anybody whose ordinary appearance and demeanor is accompanied by great aspirations. You can’t understate the quality and importance of Hoffman’s work, but you also can’t understate the idea of Philip Seymour Hoffman as an artist who made it despite his ordinary uncoolness.

I can’t say when I first saw Philip Seymour Hoffman act, because he was in so many films I loved growing up. Even now, it’s shocking to look back at his IMDB profile and see all of the films he was in—they’re a testament to the broad range of his acting abilities, and his penchant for contributing to some of the most recognizable films of the past century. This alone puts him in a pretty sparse and elite crowd. I assume I first laid eyes on him when I was a little kid watching Twister, but that I didn’t realize his brilliance all that much because I was too afraid of the film’s antagonist– a gigantic and menacing tornado.

As I grew, I saw most of the films Hoffman appeared in, but I didn’t develop my serious Man Crush on him until I was 17. Capote came out in 2005, when I was a junior in high school. I’d just read In Cold Blood, and had watched a number of documentaries on Truman Capote. I drove myself into town (which is to say Pittsburgh—I grew up in the sticks of western Pennsylvania) to the only theater that was playing the indie movie.

It was one of the greatest cinematic performances I had seen to that point. I haven’t seen much to beat it since.

After this, I embarked on a Hoffman craze. I re-watched all of his movies I’d already seen (even Twister, despite the fact it still scared the piss out of me a decade later). I watched and then re-watched his movies that I hadn’t seen.

Because Philip Seymour Hoffman was, at face value, an ordinary guy. He wasn’t what most people would call physically attractive. He was often referred to as “chubby” and other synonyms for overweight, which he was, more or less, for the entirety of his career.

This means that Hoffman made it on his merit. He didn’t get a foot in the door because he looked more exceptional than somebody else. His parents weren’t famous like Lena Dunham’s or Ronan Farrow’s. He became a household name because he was amazing at what he did, and because he worked harder at it than most others. So hard that he became one of the most revered actors of all time.

Hoffman represented an idea to me: the idea that an uncool person could make it if they built their talent, worked extremely hard, and refused to give up no matter what. That in a world where success is increasingly defined or at least influenced by looks, nepotism, and advantageous influence, you can look ordinary and still manage to become the absolute best at what you do. This is an important idea for the outwardly ordinary and inwardly extraordinary—the idea that you are not alone in your great aspirations, and that you won’t be alone when you achieve them. That what you want to do is possible, even if you’re not making out with the hottest high school cheerleader, or anybody else for that matter.

Hoffman captured this sentiment best as Lester Bangs in Almost Famous, when he said the following in a phone conversation with protagonist William Miller (Patrick Fugit) about their mutual lack of coolness:

“Good-looking people don’t have any spine. Their art never lasts. They get the girls, but we’re smarter…The only true currency in this bankrupt world is what we share with someone else when we’re uncool.”

As a kid, I fell in love with the idea of Philip Seymour Hoffman and what he was able to do without ever having really been cool.

And oddly enough, the world feels a lot more uncool without him.

*This mode of thinking was instilled in me as a child, when I was consistently appalled by people who would publicly mourn the death of someone they did not know from Adam. This of course became more and more possible as I grew up, since my formative years were also the formative years of the Internet and social media.

Poetry Judged by the Picture It Paints 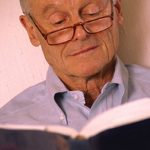 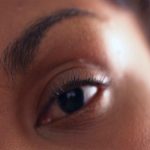