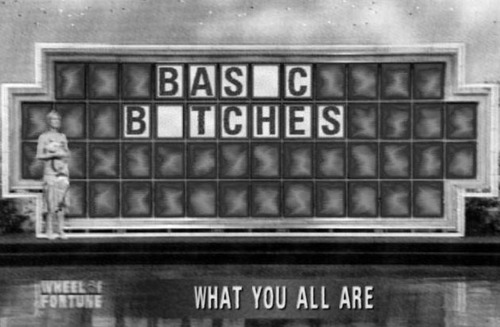 Granted, language is a river with an endless current that ebbs and flows, reflecting, critiquing, and shaping culture. But every now and then, a deluge can cause all that new verbiage to wash us away. Now, my bae says my lexicon is on fleek, but I suspect that the struggle is real for me in the “hip slang” department. But does that make me “basic?”

If one were to spend any serious amount of time on social media (not recommended), you’ll find yourself privy to an ever-changing world of language-hacking and garbling that’ll remind you of the last time Iggy Azalea decided to “freestyle.” Some is not too painful to make sense of (“bb”), some just makes me wanna shake my head (“smh”), and some simply gives me migraines (“thirst trap”). But one word, one once totally innocuous word, has found its own special place in this word circus: “basic.”

Let’s break this down. “Basic” by this millennial definition isn’t just “simple or straight forward,” it has far more ridiculous subtext than that. It means unimaginative, unoriginal, or maybe even plain-old bad. So if we’re talking about, say, actresses, then Julia Roberts would have to be an example. Why? Because she was once America’s sweetheart. The IT actress. So now, it’s an unimaginative actress choice. Are you scowling at your screen now? I figured as much.

Where this gets particularly hairy is when this ludicrous definition gets even more subjective. Is it an insult or are you just “throwing shade?” If you call someone a basic, is that interchangeable with a “rando,” or are you just “spilling the tea?” What is this nightmare?!

The murky waters of slang will always yield a few worthwhile phrases that might last longer than the rest of this gobbledygook, but by and large these terms are the rotting fruit no one thought to pick. Here’s hoping they are discarded swiftly. On that note, I’m off to ponder Basic Instinct.

(HealthDay News) — Injuries at home and at play are preventable, says the U.S. Centers for... more» 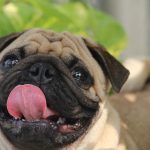 Biden Says He Will Release All Vaccine Doses After Taking Office