Robots want to sex you up. Well, maybe not the actual robots themselves, but their designers and programmers certainly do. Battery powered sexual devises just won’t do the trick for the modern consumer anymore. It seems he (or she) requires something a little more sophisticated nowadays. We’ve been fed far too much technological stimulus to settle for anything less. Sex (and sexy) robots are what’s *ahem* coming down the line.

While Siri is already a part of many of our lives, and even the subject (more or less) of the romantic movie Her, Americans have yet to embrace human-like robots in their everyday lives with the same gusto that the Japanese have. Sure, our science fiction is rife with androids and robots — both the good and the bad kind — helping us deal with some of humanity’s deeper, philosophical peccadillos. But that’s not the same thing as living with a sexy android in the house.

Moralizing and judgmental fictional robots aside, engineers are now moving toward a rewarding interactive and pleasing aesthetic experience in mechanical beings. The concept of what an interesting “animate object” actually is seems to be shifting, and entering into the realm of acceptability in human life on a daily basis. One of the biggest turn offs about intermingling with nearly lifelike robots is that most of them fall short of the “human” mark, and thus induce a “creepy” reaction response in their human counterparts. But that’s starting to change.

This convincing approach to outward appearance and human-like mannerisms is being taken to heart in the engineering of next generation robots. Nowhere is this more apparent than on the archipelago nation of Japan.

Japanese robotic designers have been laboring intensely over the years to create attractive, lifelike and outwardly appealing robots. Some are meant for work and the office, while others are meant for lonely people in need of a little bit of “almost human” companionship. Here are some of the cute, or creepy (depending on your tastes) robots available now, or in the works.

The HRP-4C was designed to look like a typical Japanese teenage gal. She sings, walks (no running away from this one) and could very well strut down a fashion catwalk in the near future. What would all of the human models have to say about that?

The Actroid robots, from Kokoro, were built with modeling, pleasant manners and realistic good looks in mind. If you’re worried about the androids taking over … well, these seemingly harmless robots might be the first wave in the impending robot Armageddon. At least they’re easy on the eyes (die human scum, die).

Saya is for those men out there who are into older women. Youngsters who have a crush on their teacher might dig this bot as well. Okay, Saya, designed by Tokyo University, wasn’t built with “kink” in mind, but “cougar” chasers can dream, can’t they? This robot just might make one hell of an efficient receptionists or teacher one day, as long as she can keep those naughty students at bay.

If hyper-realism is your thing, why not invest in a Geminoid F? This eerily human-like robot, created by Professor Hiroshi Ishiguro, might become the actress of the future. Never flub a line again? Not shy about embarrassing love scenes? If only we can get over the need to empathize with other human beings. Long live the machines!

If cuddlesome, or down and dirty Japanese robots don’t float your amorous boat, fret not. A whole slew of “pleasure” bots are gearing up for sale on the open market in America too. You have Roxxxy (NSFW), a fairly full service sex robot. She’ll only set you back $7,000. And then there are the sex bots available from MacMil Cybernetics, Inc., which never have a headache, and are always primed and ready to aid you in your quest for personal pleasure. It’s a brave new world out there, folks. 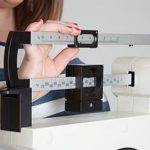 Where Has Johnny Depp Gone?