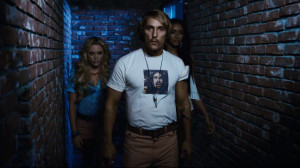 When you hear the name Matthew McConaughey, perhaps the image of a laid back leading man in any number of romantic comedies springs to mind. The performance is largely one-dimensional and little or nothing is taken away from the viewing. Well, that is changing in a very big way.

The guy who started out as the free-wheelin’ creep in Dazed and Confused has gone through several incarnations in his career, but as of late he is walking solemnly to head of the A-list. Here are five reasons why:

1. Mud – This charming little movie has the ability to emotionally sneak up on you. It is a coming-of-age tale centered on two young friends, Ellis and Neckbone. The two travel to a small island in the Mississippi where a boat is stuck in a tree. They quickly discover someone else is on the island: Mud. Matthew McConaughey portrays the title character with surprising subtly and depth in a story full of fairy-tale flourishes.

2. Dallas Buyers Club – Just recently McConaughey was nominated for a Golden Globe for his portrayal of Ron Woodruff, a homophobic rodeo cowboy who was diagnosed with AIDS in 1985. The story chronicles Woodruff’s desperate attempts to find medications to fight his illness. In Mexico, he discovers a small collection of drugs not approved by the FDA that appear to successfully fight the AIDS. Of course, he takes them back to the U.S. and a “club” is started to sell the drugs. McConaughey is both disgusting and lovable in his portrayal of a man desperate to find solutions.

4. True Detective – How often does a program premiere on television with one of the show’s leads currently nominated for an Oscar? If McConaughey is nominated for “Dallas Buyers Club” (and he really should be) then that will just the case with this dark and edgy new crime drama premiering in January on HBO. The story follows Woody Harrelson and McConaughey on the hunt for a serial killer in the Deep South. Expect chills.

5. Interstellar – Christopher Nolan currently has the Midas touch in Hollywood. His Dark Knight trilogy is iconic, his mind-bending Inception is exceptional, the next logical step is casting Matthew McConaughey in his epic cerebral drama Interstellar. McConaughey is the lead in a team of explorers attempting to explore a wormhole and travel to other dimensions. Sounds trippy, right?

(HealthDay News) — Herbs are plants or plant derivatives that can be used for their scent,... more» 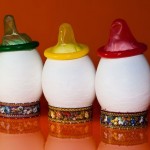 Condoms that double as egg hats obviously make the top of the list. more» 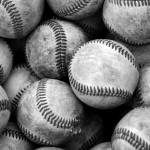