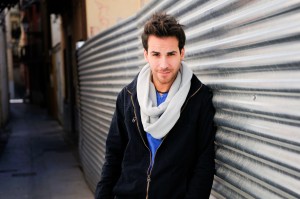 Some men wear scarves well, while other men don’t. If you spend time abroad, especially in England and Europe — yes, many English people believe they don’t actually live in “Europe” proper — you’ll notice quite a lot of men donning fashionable and sensible neck scarves.

Even among the American and European urbanite scarf-wearing population, the method of wearing a scarf varies from region to region, as well as man to man. Easygoing fellows can simply drape a scarf across their shoulders and neck, and let it dangle there like a limp and dead animal. If that’s a bit too relaxed for your taste, men with a little more oomph in the “fashion” genes can opt for a light flip, with one end of the scarf casually tossed over the opposing shoulder, which should offer a little more protection than the basic “drape” provides.

If you want a slightly more formal look, you can choose the once or twice-around loop, and trust that gravity and gusts of wind won’t blow your scarf out of place, although the elements generally will toss it around some and slap it back into your face.

For those folks who really want to spruce up their overall look, and channel some of the stylish sensibilities of the denizens living in major cities like New York, London or Paris, where a scarf could very well be be required, especially for those brave enough to step outside during the Polar Vortex, they can select the tight and clean Parisian or French knot for firmly securing their scarves, or the classic and somewhat elite looking Ascot knot, which can in fact be used for scarfs as well as Ascot ties. It should only take you a minute or two to master these elegant knots, and in turn, you’ll soon be able impress any casual observer as to the bona fides of your status as a modern gentleman.

Of course, there are men in the world who have never placed a scarf around their necks and never will. With warm modern fabrics, jackets that zip up past the neck, as well as comfy hoods, the traditional scarf isn’t as universally needed to keep a neck dry and heated as it once was. I have friends who work hard for a living, and are often outside in the harsh elements, and would never dream of whipping out a scarf. An extra piece of fabric around their necks would only get in the way of labor, blow around in the wind, and distract them from the job at hand, while adding nothing to their overall comfort.

At the end of the day, it’s up to every man to decided for himself if he’s a scarf wearing kind of chap. White collar types who wear business suits and smart overcoats, or people with less-than-stellar fall and winter jacket options might want to drape, toss, or tie a scarf around their necks for reasons of fashion and warmth, while men with serious cold weather gear can probably give the voguish, yet often unnecessary scarf a complete pass.

A Tasty Twist on Pasta and Pesto 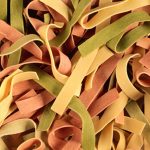 Pesto is a delicious and fast pasta sauce. Because it can be made in advance and served cold,... more» 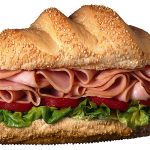 Is your shopping cart filled with heavily processed foods? Some might seem to be time-savers, yet... more»

(HealthDay News) — The chills refers to an episode of shivering, along with paleness and... more»