The U.S. Food and Drug Administration has approved the second gene therapy for use in the United States.

The treatment is known as chimeric antigen receptor (CAR) T cell therapy, and is only the second such therapy sanctioned by the FDA. In August, the agency approved a similar CAR-T cell therapy to help battle a childhood leukemia.

The FDA’s move on Wednesday helps open a new phase in medical care, where genetics are used to help further treatment.

“Today marks another milestone in the development of a whole new scientific paradigm for the treatment of serious diseases,” FDA Commissioner Dr. Scott Gottlieb said in the news release. “In just several decades, gene therapy has gone from being a promising concept to a practical solution to deadly and largely untreatable forms of cancer.”

“This is the beginning of a new era of cancer therapy,” oncologist Dr. Armin Ghobadi, of Washington University in St. Louis, said in a university news release. “With CAR-T cell therapy, “we can take patients’ own cells and turn them into a powerful weapon to attack cancer. It’s a highly personalized, innovative therapy and one we hope also will prove to be effective against many different types of cancer.”

Diffuse large B-cell lymphoma (DLBCL) is the most common type of non-Hodgkin lymphoma in adults.

“Each dose of Yescarta is a customized treatment created using a patient’s own immune system to help fight the lymphoma,” the FDA explained. “The patient’s T-cells, a type of white blood cell, are collected and genetically modified to include a new gene that targets and kills the lymphoma cells. Once the cells are modified, they are infused back into the patient.”

The FDA approval is based on a multicenter clinical trial of more than 100 patients. The complete remission rate after treatment with Yescarta was 51 percent.

Other potential side effects include serious infections, low blood cell counts and a weakened immune system.

And as part of the approval, Kite Pharma Inc. must conduct a study of patients who take Yescarta.

Gottlieb added that the FDA “will soon release a comprehensive policy to address how we plan to support the development of cell-based regenerative medicine. That policy will also clarify how we will apply our expedited programs to breakthrough products that use CAR-T cells and other gene therapies,” Gottlieb said.

Last Thursday, an influential FDA panel also gave unanimous approval to a gene therapy aimed at correcting a rare but blinding disease in children. While the FDA is not obligated to follow the advice of its panels, it usually does.

At the time, Stephen Rose, chief research officer at the Foundation Fighting Blindness, said the therapy “can restore some vision to people who have very limited vision or no vision due to the mutation in the RPE65 gene, and as such, it’s a great breakthrough.” 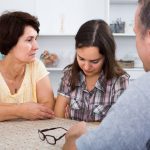 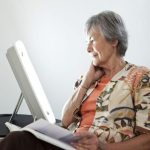 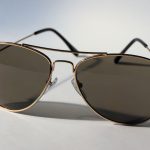