Can a slight charge of electricity improve an ailing memory?

Maybe, according to new research from the University of Pennsylvania.

Timed correctly, deep brain stimulation can help people whose memory is lapsing. The treatment can restore the normal flow of “traffic patterns” in the brain, the study authors said.

Deep brain stimulation (DBS) is a procedure that provides a mild electrical stimulation to certain areas of the brain. It is commonly used in people with Parkinson’s disease. In DBS, a wire to deliver the stimulation is placed in the brain. The device that generates the charge is usually implanted underneath the collarbone, according to the U.S. National Institutes of Health.

“Technology based on this type of stimulation could produce meaningful gains in memory performance,” one of the study authors, Daniel Rizzuto, director of cognitive neuromodulation at Penn, said in a university news release.

But, Rizzuto added, “More work is needed to move from proof-of-concept to an actual therapeutic platform.”

According to senior study author Michael Kahana, one issue is that this same treatment can cause problems for people with normal memory function.

So, figuring out which electrical signaling patterns in the brain were linked to memory loss and which were linked to normal memory function was the first task.

The researchers compared the benefits of electrical stimulation on people with epilepsy during periods of low- and high-memory function. The patients were asked to memorize and recall lists of common words while undergoing harmless levels of brain stimulation.

Electrical activity of the participants’ brains was recorded using electrodes implanted in their brains during routine care. These recordings helped the researchers pinpoint the patterns tied to effective memory function when the brain forms new memories.

The study authors hope their findings could one day help people with traumatic brain injury, or diseases such as Alzheimer’s.

The study was published April 20 in Current Biology.

The U.S. National Library of Medicine has more on memory and the brain.

Kidney Disease Is Tougher on Men Than Women, and Researchers Now Know Why 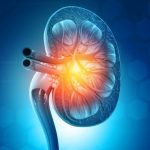 Poverty and crowded living conditions increase the spread of the coronavirus that causes COVID-19,... more»