TUESDAY, Oct. 10, 2017 — A fatty diet may up the risk of relapse in children with multiple sclerosis, according to a new study.

But eating a diet rich in vegetables could cut relapse risk in half, the researchers found.

The findings may provide early evidence that dietary changes could help some patients with MS manage their condition, said the research team led by Dr. Emmanuelle Waubant. She’s a neurologist at the University of California, San Francisco.

Multiple sclerosis is a disease of the central nervous system thought to affect more than 2.3 million people worldwide. Symptoms, which often affect movement and vision, can be disabling.

Since young people with MS have a higher rate of relapse than adults, Waubant and her colleagues wanted to explore the effects of diet on children with the disease.

Food questionnaires were filled out by 219 young patients treated at 11 different MS centers across the United States. All were diagnosed with the relapsing-remitting form of multiple sclerosis or clinically isolated syndrome (CIS) before their 18th birthday. CIS is the first episode of neurological symptoms, usually lasting at least 24 hours. Relapsing-remitting MS means patients have attacks, then are symptom-free for periods of time.

The researchers analyzed the patients’ dietary data and monitored their health for almost two years on average.

During this time, roughly 43 percent suffered a relapse of their disease.

The researchers found that every 10 percent increase in calorie intake that came from fat was linked with a 56 percent higher risk of relapse.

Moreover, most of this risk increase was tied to consumption of saturated fat, found in many baked goods and beef, cheese and butter. Every 10 percent increase in these calories was associated with a tripling of the risk for relapse, according to the study.

But every additional cup of vegetables was linked with a 50 percent reduction in risk for relapse, regardless of how much fat the children ate, the study found. This was true even after the researchers considered other possible contributing factors, including age, weight and medication.

It’s possible that excess fat intake may be triggering the release of inflammatory chemicals and affecting the composition of bacteria in the gut, the researchers said. Animal fat is also associated with a number of chronic inflammatory conditions, while a vegetable-rich diet has the opposite effect, Waubant’s team noted.

The findings were published online Oct. 9 in the Journal of Neurology Neurosurgery & Psychiatry.

The study doesn’t prove a causal relationship, however, and more research is needed to investigate how diet affects MS.

“Ultimately, the role of diet in MS is an actively evolving area of research,” said Dr. Kathryn Fitzgerald, of Johns Hopkins School of Medicine in Baltimore. She wrote a commentary accompanying the study. 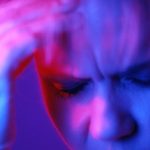 Want to Lose Weight? Here Are the Best Exercises to Shed Pounds 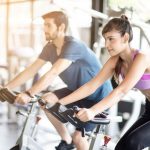