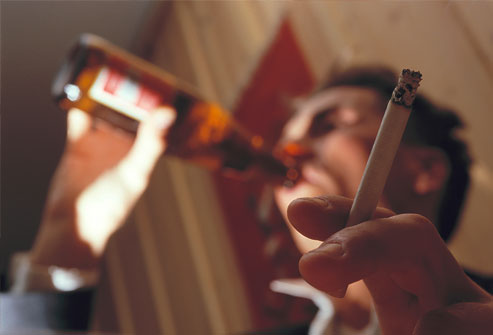 A vice is a weird thing. By definition it’s immoral or wicked behavior. Or if you can’t spell it means a pair of locking pliers. Or it could be a hipster news outlet that sometimes has eye-opening stories and other times writes complete crap about using weed lube (that link is NSFW. The title of the article is NSFW. You don’t want to read it anyway). But over the course of the however many years since — I’m assuming — Shakespeare invented the word, a vice has generally come to mean a guilty pleasure.

Now, guilty pleasures are interesting, because they’re just regular pleasures until you feel bad about it. It’s like my favorite Latin saying, actus non facit reum nisi mens sit rea. Actually it’s the only Latin saying I know. Oh you don’t read Latin? Sorry, it means “The act does not make one guilty unless the mind is also guilty,” or, in layman’s terms, “It’s not what you did that makes you feel guilty. It’s how you think about it that does.” The things labeled “vices” are called such because, well, we think we should feel guilty for doing them. These are things like drinking, gambling, buying expensive clothing, cursing and that sort of stuff. Hell, it could really be anything. Picking your nose. Farting in a crowded elevator. Really and truly believing Gigli was Ben Affleck’s greatest film.

The reason these things are considered vices is because they are socially unacceptable. They go against the rules (be they rules of the law, religion, common sense, etc.). And going against the rules is not just wrong, why it’s basically you saying that you’re not flawless. Because if you have no vices, you’re surely a perfect person. Your flaw count is 0. You haven’t seen Gigli. This, to put it eloquently, is a bunch of jive-ass malarky.

Now, I’m not saying that there shouldn’t be such a thing as “socially unacceptable.” There are certain things that are wrong, and it’s good that they’re wrong. Like murdering someone or slapping your grandma or doing heroin. But being guilty about a vice (hell, even calling it a vice) is just us telling ourselves that we’re not perfect and that we suck for it. And I hope that this thought bums you out. ‘Cause it bums me out. ‘Cause it’s pointless. See, as it turns out, we’re these weird creatures that are by far and away imperfect. Just embrace that and be happy.

So if you probably own more shoes that you really need, who cares? It’s not like you’ve wasted away your life doing nothing. It’s something you enjoy, other people may not enjoy it, but that doesn’t mean you should stop. You like to curse? F*!# it, so do I! Really like hot wings, but you know they’re super terrible for you? Eat ‘em anyways. Hell, I’m even going so far as to say if you really and truly enjoy smoking, I don’t think it’s anybody’s business to make you stop.

I should pause for a moment as I make these proclamations. Because all that being said, I’m not saying go eat hot wings while smoking, cursing, and buying shoes every day. That’s just stupid (especially since wing sauce + shoes = stains). There’s a very real and very important caveat which is that you shouldn’t feel guilty about having vice as it were, but you also shouldn’t go crazy with it. Moderation is the key to a balanced life. Going out every once in a while for some hot wings in the long run isn’t going to be detrimental to your life. Eating a bucket every day will. Ya feel me?

The other caveat is a bit harder to swallow, which is that you have to accept the consequences. So yes, I said that if you really like smoking, go on and do yo thang. But also accept the fact that you’ll probably die a terrible death at a young age. Or on a less morbid level, if you like buying shoes, accept that this means you won’t be able to buy other things that you want. And storage space will become an issue.

For instance, one of the things I do that could be considered one of my vices is food. I eat reasonably healthy most of the time, but I’ll eat a cheeseburger like nobody’s business. Does that mean that I don’t have quite as svelte of a figure as if I never ate another cheeseburger? Yeah, probably. How many s**ts do I give about that? You guessed it, 0. I mean literally I give one s**t per cheeseburger I eat, but you know what I mean. My point is that I accept the consequence of a little bit of belly fat for the enjoyment of a food I like to eat. If we worried slightly less about the “wrong” things we’re doing, accept that we’re going to do them regardless, and just focus on being the best imperfect weirdos we are, methinks things would be a lot brighter.

At the very least, we’d find an appreciation for Gigli.

Unfortunately, Broga Is Now A Thing 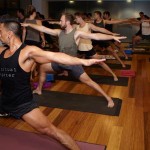 No one thinks you’re soft by taking a yoga class, bro. more»

When Teens Feel Loved, Conflicts With Parents Are Easier to Manage: Study

Parents can ease conflict with their teens by showing them warmth, researchers say. In their new... more»