When you’re hosting picnics in the park or patio barbecues, you might be totally focused on creating the menu and doing your grocery shopping.

But how you prepare, transport and serve those special dishes is just as important to avoid foodborne illnesses, according to the U.S. Food and Drug Administration.

Whether eating on your patio or packing food to go, remember to keep raw meat, chicken and seafood separate from other foods to avoid cross-contamination. Marinate food in the fridge, not on your counter. Avoid drips on the way to the grill and throw out any liquid left in the bowl you used.

Wash platters and utensils used on raw meat before using them for cooked foods. Get in the habit of using a food thermometer when grilling to test for doneness, and then keep hot foods hot by moving them to the sides of the grill rack.

Keep cold foods well chilled. At home, leave dishes in the fridge until you’re ready to eat. For picnics, pack them in insulated coolers with cold packs. Keep foods in a separate cooler from drinks to minimize how often their cooler is opened.

As a general rule when eating outdoors, foods that were refrigerated can stay out for 2 hours maximum, but only 1 hour if the temperature is 90 degrees or higher. The hotter it is, the faster bacteria can multiply.

Remember to carefully wash and dry whole fruit and veggies before serving or packing in your cooler.

Eating outdoors is a great way to socialize, but don’t let the heat become a food safety health risk.

The U.S. Food and Drug Administration has more on eating outdoors and safe food handling. 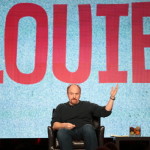 When you are that true to yourself, you are automatically funny. more»

The Art Of The Jogging Nod

It's only polite. more»

The Bad Habits That Lead to Weight Gain 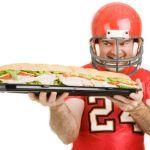 It’s no secret that weight gain results from consuming too many calories. But at its core is... more»