A vaccine to protect people from the sexually transmitted disease gonorrhea may be one step closer to reality, New Zealand researchers report.

That’s welcome news, because gonorrhea appears to be eluding treatment efforts to control the disease. Antibiotics are the only available treatment, but strains of antibiotic-resistant gonorrhea have developed, according to U.S. health officials.

“Despite efforts, a gonorrhea vaccine with any clinical effect has eluded development for over 100 years,” said lead researcher Helen Petousis-Harris, a senior lecturer at the University of Auckland.

“We have found a vaccine that prevented about one-third of gonorrhea in those who received it in a real-life situation. It is far from perfect, but it is a leap in the right direction,” she said.

Called MeNZB vaccine, it was developed to control a meningitis epidemic in New Zealand from 2004 to 2006 and is no longer available. But the antigens in the vaccine thought to provide the immune response to gonorrhea are included in the more recently developed 4CMenB vaccine, which is available in many countries, Petousis-Harris said.

The researchers found that people who had been vaccinated with the MeNZB vaccine were less likely to have gonorrhea than those who weren’t (41 percent versus 51 percent).

“We followed up the observation that gonorrhea rates appeared to drop in association with the use of this type of meningococcal B vaccine and found that indeed the vaccine had a protective effect against gonorrhea for a period of time after its use. About one-third of those vaccinated were protected,” Petousis-Harris said.

After taking into account factors such as race, sex, socioeconomics and geographical area, the researchers calculated that vaccination reduced the odds of getting gonorrhea by 31 percent.

It’s also not clear how long the immune response might last, Petousis-Harris said.

“Modeling has suggested that even a vaccine with quite a modest level of effectiveness could have a significant impact on gonorrhea over the period of fifteen years or so,” she said.

Dr. Mitchell Kramer is chairman of the department of obstetrics and gynecology at Huntington Hospital in Huntington, N.Y.

“If gonorrhea goes untreated or is treated late, it can have a long-term health impact,” he explained.

Untreated, it can lead to complications such as pelvic inflammatory disease, ectopic pregnancy and infertility, and it can make the transmission of HIV more likely, he said.

Kramer said that if a vaccine against multiple strains of gonorrhea could be developed, it would be very beneficial.

Given the concerning situation with multi-drug resistant gonorrhea, a vaccine might play a critical role, Petousis-Harris said.

“At the moment, there seems nowhere else to go with untreatable gonorrhea,” she said. “This finding can inform further research on gonorrhea vaccine development; it provides a pointer in what may be the right direction.”

For the study, Petousis-Harris and colleagues reviewed information on about 1 million people who received the MeNZB vaccine in a mass immunization program.

The researchers collected data on people aged 15 to 30 who had been diagnosed with gonorrhea or chlamydia, or both. All were eligible to get the MeNZB vaccine. The data came from 11 clinics in New Zealand.

The report was published July 10 in The Lancet journal.

Dr. H. Hunter Handsfield is a spokesman for the Sexual Health Association and a professor emeritus of medicine at the University of Washington Center for AIDS and STD.

“This paper is intriguing as a concept, but not as a reason to use this vaccine to protect people from gonorrhea,” he said.

Developing a vaccine for gonorrhea has been elusive, he said.

With diseases such as chickenpox or measles or mumps and others, once you have had the infection, you are naturally immune to getting it again, which is why vaccines are successful in preventing disease, he explained.

With gonorrhea, however, getting the infection doesn’t confer immunity to getting it again. That makes developing a vaccine problematic, Handsfield said.

Handsfield doesn’t think the results of this study were strong enough to start vaccinating people in hopes of reducing the chances of getting gonorrhea.

“This vaccine should not be used to control gonorrhea,” he said. “I don’t think the conclusions are solid enough to be confident that that would help. I wouldn’t advise widespread use for the purpose of gonorrhea prevention.”

For more information gonorrhea, visit the U.S. Centers for Disease Control and Prevention.

Health Tip: Too Much Screen Time

Fast Food Versus Fast Casual — Which Has More Calories? 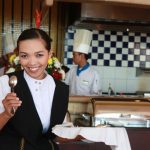 Fast-food restaurants get a bad rap for menus chockful of high-fat, high-salt foods with little... more»