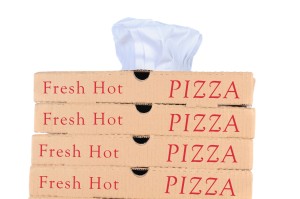 Unemployment. Cancer. Terrorists.  The End of Days. These are legitimate concerns.

But all of them pale in comparison to the concern of having too many people and not enough pizza.

Have you ever been to a get-together and there’s not enough pizza? It’s some stressful stuff. Seven people all looking at that one slice of pizza, everyone wants it but no one wants to be the idiot to come out and say that they want it. So the slice just sits there, getting cold and congealed, until finally six people lie and say they don’t want it and one person reluctantly and shamefully takes that last piece which now taste like crap.

It’s enough to make you want to join Scientology.

The problem is everyone likes pizza so even if it is crap pizza people are going to have some. It’s there, it’s pizza so, hell, you might as well eat it.  I cannot tell you how many times in college a buddy and I would get a large pizza to share and then some donkey from our dorm would walk by and want a piece. And when I say no they go, “Dude, I will give you a dollar for a slice of ‘za.”

Screw you – and not just because you used the term “ ‘za.” First of all, one dollar is not enough for a slice of pizza.  A large is eight pieces. Even if the whole pie cost eight dollars – wishful pricing at best – one dollar does not cover the effort to order said pizza nor the mental anguish that I had to go through while I waited for what seemed like an eternity for the pizza delivery guy to arrive (the wait for a delivery guy to bring your pizza is only second in agony to waiting for a doctor to deliver your child).  So you offering up a measly buck for my precious slice of pizza is an insult and more than likely part of some elaborate con to starve me.

And I know the simple answer to this dilemma is just to order more pizza to start (I have a friend who does this no matter where he is, no matter how many people are with him), but that seems like a copout. It means you didn’t get it perfect the first time. You failed on your pizza logistics.  Yeah, you could over-order and the next day exclaim, “Hey! Leftover pizza – great!” But for me, looking at that leftover pizza reminds me that I didn’t get it right the first time.

This is a real fear. This is not some irrational worry about an inconsequential meal. This is goddamn pizza portioning we are talking about here! Get it wrong and your night is ruined.  It’s these lack of pizza moments that lead to higher rates of heart attacks, strokes, acne and balding – in both men and women. Look it up.

Little ones who stay up late may have a higher risk of becoming overweight by the time they are... more»

How to Handle Holiday Stressors 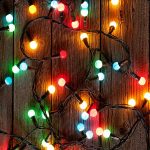 While others are decking the halls, many people find the holidays trigger anxiety and... more»