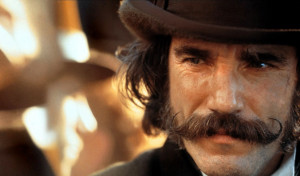 In recent years the mustache has been given a new lease on life in pop culture. Those wispy whiskers associated with ’70s porn stars and Burt Reynolds are slowly becoming less ironic and more common on famous faces. But cinephiles out there know the mustache never really went away. Down through movie history some of our most beloved heroes and villains are carrying more than a glock and bad attitude, they bring a mighty ‘stache. So without further ado, here are ten characters who sport their lip-warmer with gusto.
1. Her – In this eerie and touching love story set in the not-so-distant future, Theodore (Joaquin Phoenix) falls for his computer (Scarlett Johansson). Although Samantha is programmed to help Theodore do just about everything, we think it’s the mustache that sealed the deal.
2. Borat: Cultural Learnings of America for Make Benefit Glorious Nation of Kazahkstan – Everyone’s favorite reporter from Kazahkstan would not be the renowned journalist he is without his incredible mustache. Although he was attempting to learn about America, we could all take a grooming lesson from this hilarious correspondent.
3. Pulp Fiction – This masterpiece has no shortage of memorable characters, but Jules Winnfield (Samuel L. Jackson) and his handlebar mustache are the stuff of legend. No other facial hair has graced the walls of so many fraternity bedrooms.
4. The Empire Strikes Back – When Han, Chewbacca and Leia arrive in the cloud city, they have no idea that Lando Calrission has already made a deal with Darth Vader. Pretty dastardly stuff for a guy with such an epic ‘stache.
5. Dallas Buyers Club – As Ron Woodroof, Matthew McConaughey portrayed a homophobic, rodeo-loving cowboy diagnosed with AIDs to pure perfection. But like his thin frame and Texas swagger, his mustache is an important part of his rebellious charm.
6. The Big Lebowski – This comedic mystery is stuffed with larger-than-life LA personalities, but the The Stranger (played by Sam Elliott) who narrates this romp with his thick Texas accent and magnificent mustache is the ingredient that keeps this White Russian exceptional.
7. Hook – This captain is best known for his unique appendage, but it’s his monstrous brows and ‘stache that likely instills fear in Peter Pan.  Piracy never looked so good.
8. Cheech and Chong’s Up in Smoke – These two pot-loving idiots brought marijuana to the world of comedy with their misguided adventures, but Cheech Marin’s facial fuzz is no laughing matter. It’s a serious ‘stache.
9. Anchorman: The Legend of Ron Burgundy – What would Ron Burgundy look like without his thick, incredible mustache? We might as well ask what Lady Liberty would like without her torch. That mustache is as American as Ford or insider trading.
10. Gangs of New York – In leaving the best for last we present one terrifying mustache. Daniel Day-Lewis is known for portraying engrossing and incredible characters, but Bill the Butcher is a high bar, as is the waxed creation on his upper lip.

It Really Is Better to Give Than Receive 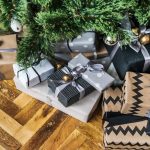 The joy of giving really does last longer than the joy of receiving, researchers... more» 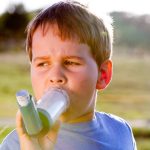 As kids head back to school, it’s important for parents to keep potential asthma and allergy... more»

(HealthDay News) — Applying to college can be a stressful experience for teens, says Hillside... more»