I’m holding a live lobster over a pot of boiling water. I literally have this creature’s life in my hands. I consider the weight of this statement. Then release it into the scalding liquid below. For I must wow my girlfriend with a cooked crustacean. I must sacrifice this animal to enter the annals of culinary accomplishment for dudes the world over and win brownie points. This is what I have become.

I decided to cook dinner for my lady in the hopes of proving even a (mostly) average guy could prepare a fancy-schmancy dinner. Granted, I know my way around a kitchen. I have made quesadilla-makin’ my bitch and can whip up an omelet like it’s nobody’s business — which, quite frankly, it isn’t. Stop snoopin’ on my omelet game. Clearly, if I can pull this off, you too can do this.

The recipe had to include lobster. It’s the quintessential “fancy dinner” item. Plus, I figure that even if it tastes terrible, at least the site of lobster on a plate will look fancy. I decided on making “Poached Lobster With Vegetable Macedonia.” I carefully selected solely based on the fact that it’s the most pretentious-sounding lobster dish in existence. What is vegetable macedonia, you say? I have no clue. But the phrase “This evening we shall be dining on poached lobster with vegetable macedonia” sounded good in my head. I’d bang someone who told me that. Here’s the recipe.

Going down the list of ingredients, I take pride in only having to Google what “French beans” are (they’re just green beans, as far as I can tell), and that I actually have hot paprika. The recipe says it serves 4, but if a 1.5 lb lobster is 4 servings and a train departs from Philly at 9:30 AM traveling 50 mph, then figuring out one serving of everything is an impossible math problem. 4 servings it is.

Goddamn French beans again. Have to look up de-stringing a green bean and how to shell a goddamn fresh pea. Both are straightforward but tedious. I know veggies aren’t supposed to be soggy and these are plenty crisp so I’m counting that as a minor victory.

Before focusing on my crustaceocide, I ensure that it is a healthy lobster by cutting off one of the rubber bands and then placing first uncooked spaghetti, followed by a pencil, in its claw. It mercilessly destroyed both, as I’m sure it would have done to me if it had the opportunity. I opted out of naming the lobster ‘cause of the whole imminent murder thing, but retroactively would’ve gone for Chuckie Sullivan. See opening paragraph for the actual cooking part.

I’m not an experienced seafood eater. The act of shelling and tearing apart the lobster is an expletive-riddled affair. Lobster parts are places they shouldn’t be. Did you know a lobster has a sand sac? I didn’t. In fact, I’d like to forget. I do not wish to discuss this part any further.

Did a decent job of cutting the lobster shell in half, though breakage happened along the seam. Had to take extra care to remove bits of shell, but the lobster is split so I consider this a part a draw.

Into the home stretch. I don’t have a grater to grate lemon zest. The internetz says use a veggie peeler to peel only the yellow part. I scrape off the white part after peeling, in an expletive-riddled affair.

The recipe says to “taste and correct seasoning.” I have no idea how in the Sam Hell this is supposed to taste, let alone if I need to correct it. I don’t gag after tasting. I’ll assume I’m good.
Final dish looks mostly like the picture in the recipe. The kitchen is a war zone. My girlfriend doesn’t weep for joy as I hoped, but seems to sincerely enjoy the dish, and really appreciates the effort. I cannot legally disclose how she showed her gratitude, but I will say that she was *cough* very appreciative. *cough*

The Top 10 Albums Of Last Year 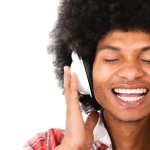 New Hope in Search for Vaccine Against Gonorrhea 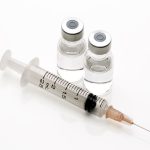 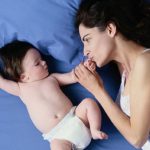 Having a fussy baby doesn’t just rob a new mother of sleep — it can also increase her... more»